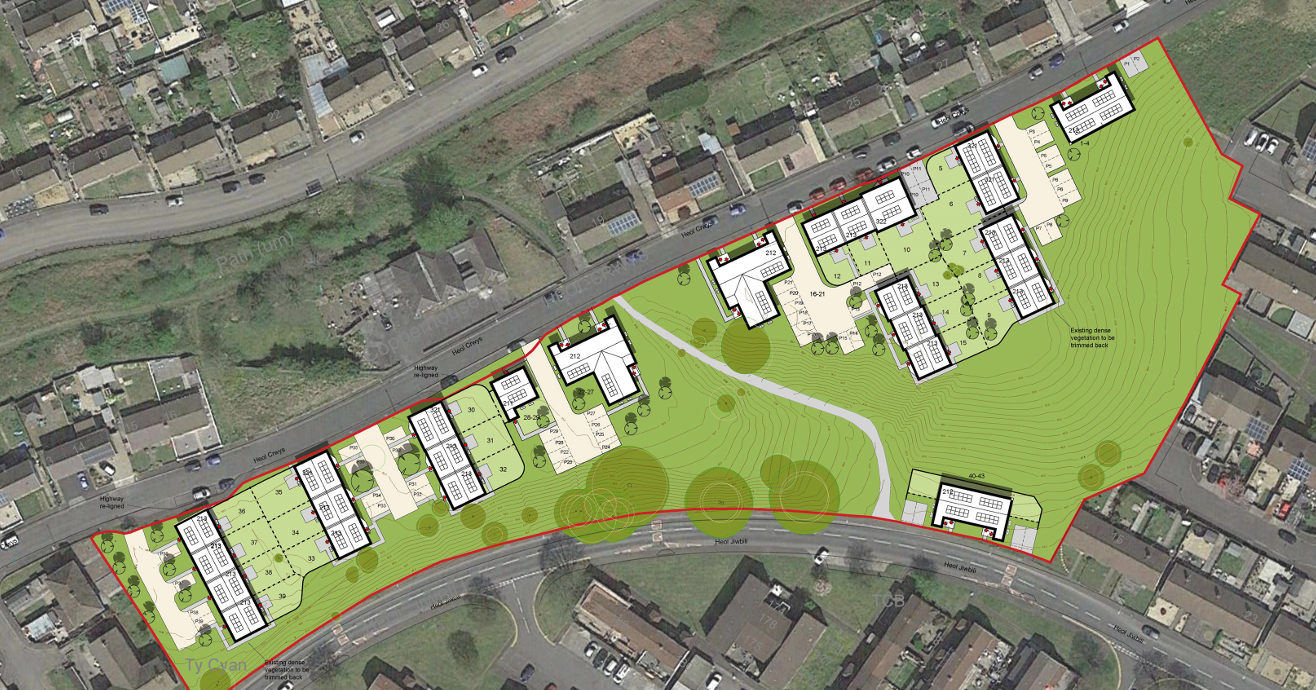 Tai Tarian say that the existing Rofton Bungalows are in a poor state of repair, with many of them being empty.

The housing association say that the few remaining residents have been consulted and temporary accommodation has been arranged while the redevelopment is underway.

An existing footpath between Heol Crwys and Heol Jiwbili will remain in the new plans.

Car parking will also be incorporated into the development.

Planning documents say that the proposed new homes “largely follows the existing layout of development and does have a similar form with more properties facing onto Heol Crwys and the creation of a more traditional street frontage”.

It also notes that “many of the existing bungalows are of a deteriorating condition and due to this, the existing properties do detract somewhat from the character and appearance of the area. The proposal will therefore provide significant visual enhancements in the area.”

A pre-planning consultation is being run by consultants Asbri Planning before a full planning application is submitted to Neath Port Talbot Council for approval.