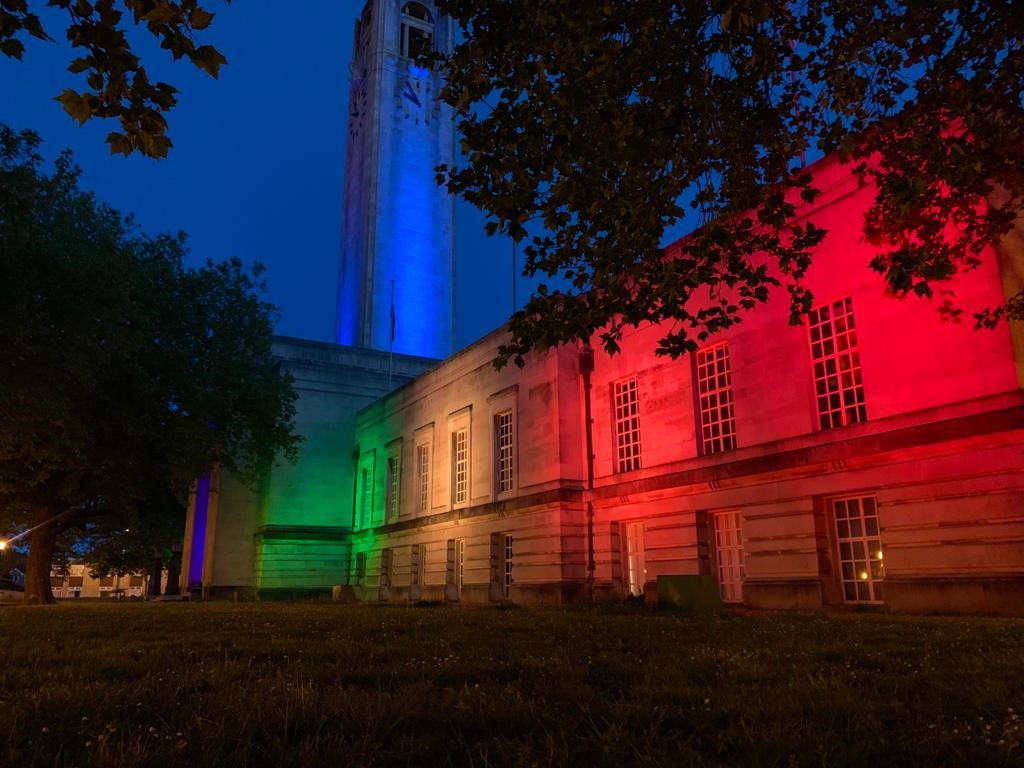 Council venues across Swansea have been getting a virtual rainbow makeover to help our communities celebrate LGBT+ History month.

Despite the pandemic they’ve been flying the famous rainbow flag online in a range of different ways to mark the occasion – including lighting the Guildhall in Swansea in all the colours of the rainbow as part of the celebrations.

Robert Francis-Davies, Cabinet Member for investment, regeneration and tourism said he was proud of Swansea’s commitment to celebrating the contribution made by local communities to the life of the city.

He said: “Swansea is a place of equality and diversity. It’s essential that our cultural venues support diversity and that we increase the visibility of lesbian, gay, bisexual and transgender people, their history, lives, experiences and contribution to society.

“Swansea has a vibrant and growing LGBT+ community and usually we’d normally be putting on a range of events and performances as part of the celebrations. Unfortunately, due to the pandemic that’s not been possible this year, but in the meantime we’ve put a whole host of events online for people to enjoy.”

Also available are a range of other podcasts and videos featuring local LGBT+ activists and artists including Roy Efrat and Catrin Webster talking about their recent exhibition exploring the word ‘Pansy’ and associated meanings and themes.

There’s also a podcast contribution from former Swansea East MP Sian James remembering the times of the Miners’ Strike of 1984/85 when the people of the Dulais Valley were supported in their fight by LGBT+ activists from London.

Their story was the inspiration behind the 2014 comedy-drama ‘Pride’ which won a Bafta and starred Imelda Staunton, Bill Nighy, Andrew Scott and Jessica Gunning as Ms James.

There’s a lot more going on online including:

For more information go to https://www.visitswanseabay.com/blog/2021/01/29/enjoy-lgbt-history-month/