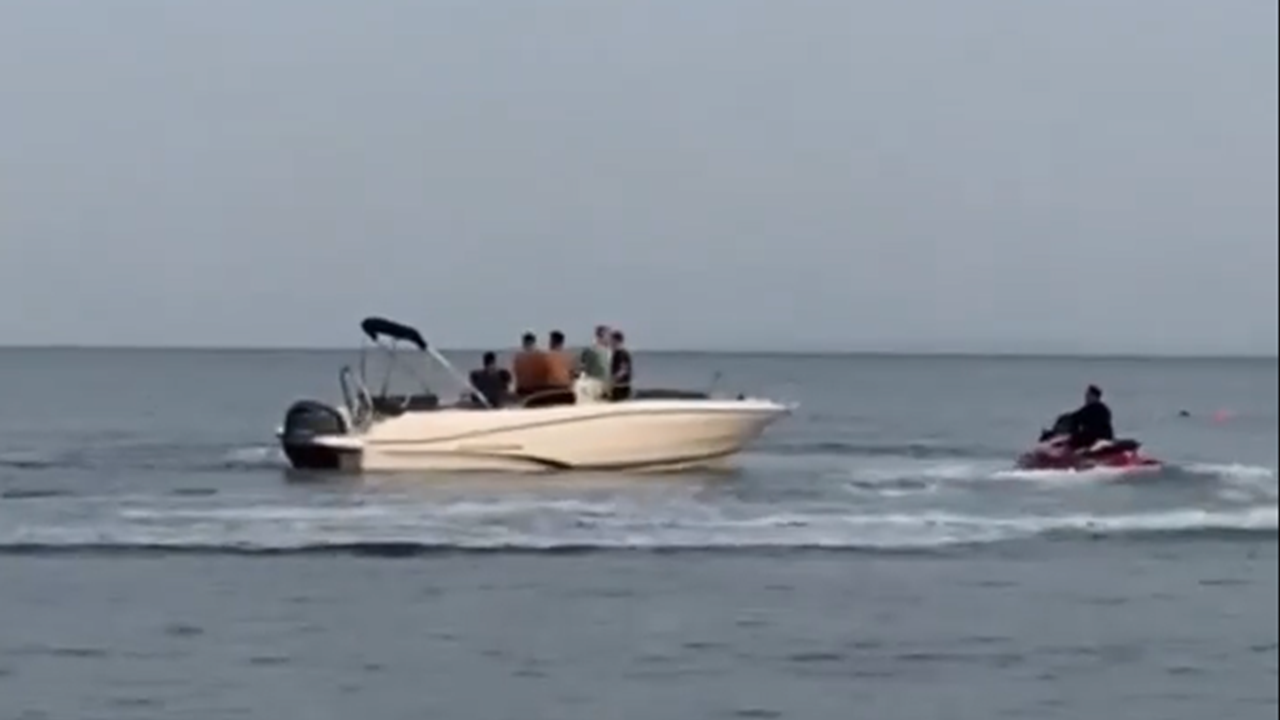 HM Coastguard based at Mumbles have issued a strongly worded statement condemning the actions of a Jet Ski and Powerboat who were reported to have been placing bathers in danger.

The incident happened on Tuesday at 7.49pm just off the popular Caswell Bay shoreline on the Gower.

A video published by the coastguard on social media shows both craft behaving in an antisocial manner whilst being too close to the shore.

In a statement, the coastguard said: “This sort of pleasure craft usage is unacceptable and puts lives in danger. The distance and the excessive speed they pass the swimmer at is reckless.”

On arrival of the coastguard, both vessels had left the area.

The RNLI Mumbles lifeboat were called later in the evening at 9.15pm to reports of a broken down vessel near Limeslade Bay after it had run out of fuel.

This vessel turned out to be the boat involved in the antisocial behaviour in the earlier incident.

The craft was towed to Swansea where it was met by South Wales Police.

A spokesperson for Swansea Council said: “We’re investigating this incident. The owners of the two craft are registered to use our waterside facilities – and have been suspended from using these whilst we investigate.

“We have strict terms and conditions in place for those who use our facilities and incidents of this nature linked to these local facilities are very rare indeed.

“Everybody who uses them to launch water craft must treat our waters and the people who use them safely and responsibly, with respect to others.”