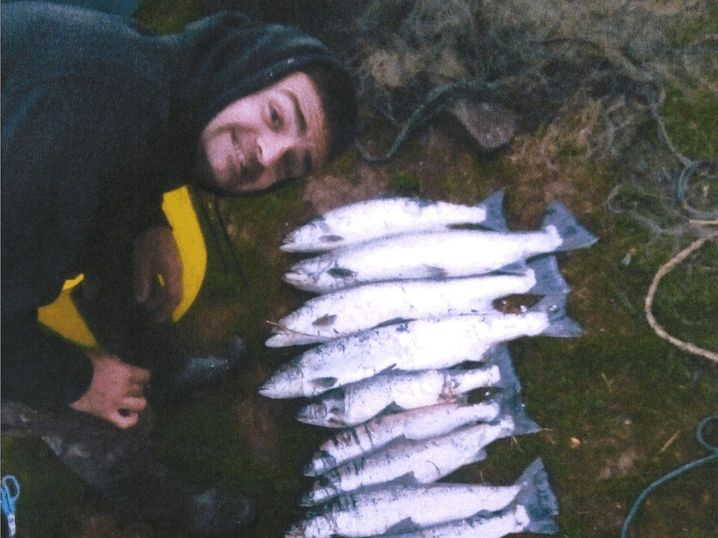 Eight men who were involved in a 20-year poaching operation in the River Teifi pleaded guilty to illegal fishing charges at Haverfordwest Magistrates Court on 4 April.

The investigation was triggered after NRW Enforcement Officers were patrolling a stretch of the River Teifi near Cenarth and found that a gill net was illegally set in the river. They decided to monitor the area overnight.

At 5am the next morning, a person wearing dark clothing was seen retracting the net and was identified as Emlyn Rees, a person known to the enforcement officers and who has three previous convictions for illegal fishing offences.

Although he fled the scene by jumping into the river, he was later arrested, and his home was searched. The outcome of the search was the basis for the rest of the investigation and implicated his co-defendants.

Gavin Bown, NRW’s Head of Place for Mid Wales said: “The impact of this illegal fishing operation on the Teifi, other watercourses and coastal waters cannot be underestimated.

“These defendants have caused terrible damage to the stocks of salmon and sea trout and have seriously hindered the future prospects for the stocks of these iconic species. Their actions negate the outcomes and benefits that would otherwise arise from investment by responsible river users and from public funds.

“I would like to thank our dedicated team of Enforcement Officers, whose detailed and dogged investigation exposed an astounding scale of criminality. I would also like to thank our legal team for bringing these people to justice. The outcome at the Magistrates Court is the result of almost two years of hard work.

“We are also very grateful to our colleagues at Dyfed Powys Police for their support and to members of local angling associations who provided victim impact statements which greatly helped our case.”

Davies, Pearson and Lewer pleaded guilty to lesser charges and were each given formal cautions.

Emlyn Rees, the main defendant, and ringleader of the group had his case referred to Crown Court with a view to pursuing a Proceeds of Crime Act application. The hearing has been set for 19 April 2022.