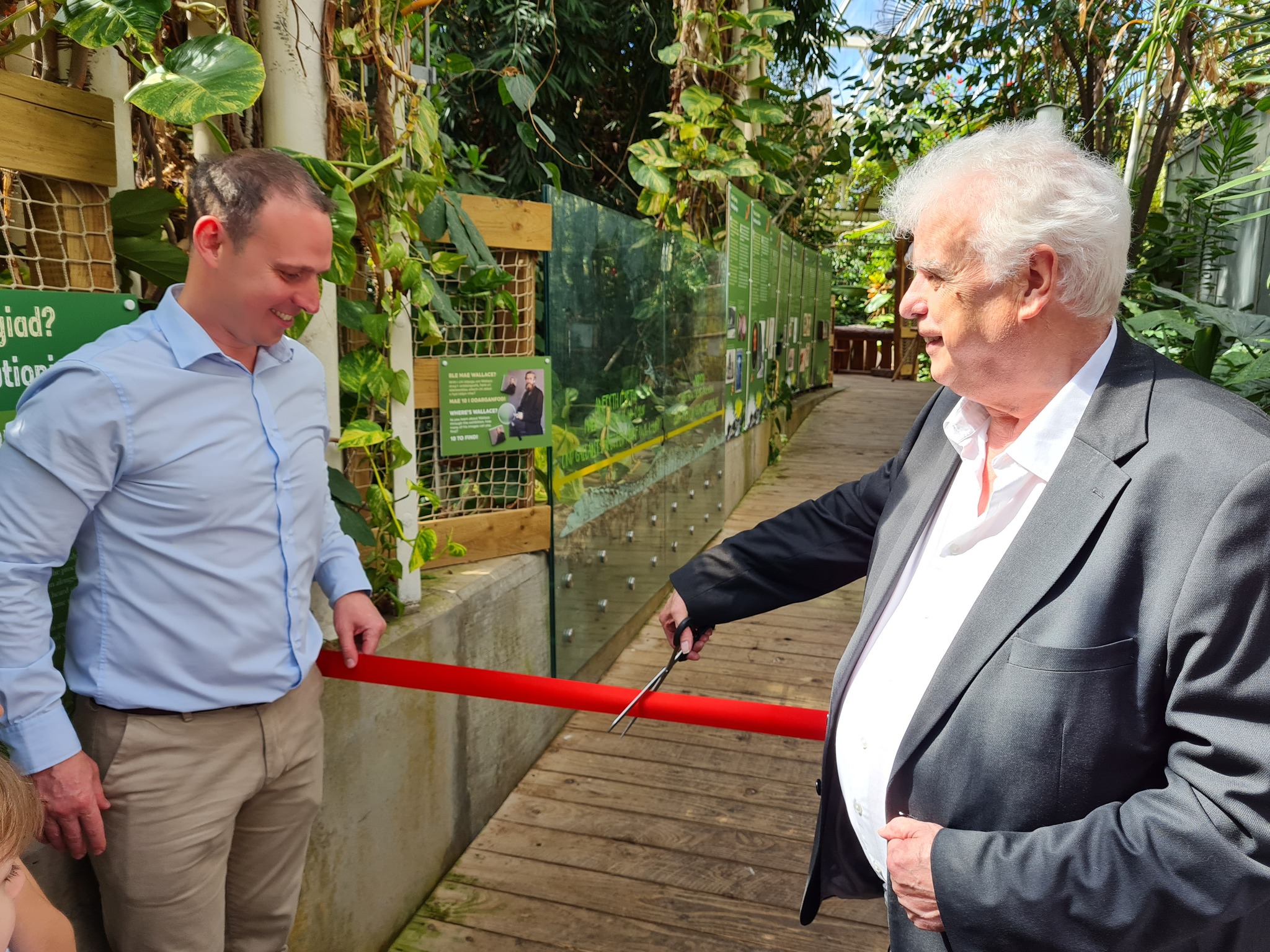 Swansea’s tropical zoo, Plantasia is celebrating a Welshman who some say was pipped at the post by Charles Darwin in the race to understand the evolution of humankind.

Naturalist Alfred Russel Wallace was neck and neck with his better-known contemporary in developing the theories that explain evolution.

And now he’s the subject of an exhibition just opened at Plantasia that celebrates his life and achievements. The exhibition has been developed alongside Museum Wales.

Cllr Robert Francis-Davies (pictured above) opened the exhibition at Plantasia. He said: “Darwin is known across the world for publishing his theories about evolution in nature in The Origin of Species.

“Wallace was working on the same thing and had he got there first, it would have been his name, not Darwin, who would have been internationally-recognised for being the first to understand and discuss the theory of natural selection.”

He said: “It’s especially apt that Plantasia should be staging the exhibition because Wallace was an explorer as well as a scientist and spent many years in tropical rainforests around the world developing his ideas and seeking out new wildlife species.

Anthony Williams, attraction manager for the Parkwood Leisure-operated Plantasia, said the venue is hugely-popular during term time as well as in school holidays.

“Plantasia is a brilliant opportunity for youngsters to develop an interest in nature and get up close and personal with creatures they’d have met had they been on expedition with Wallace all those years ago.

“His was a story of a near miss in having a share of recognition with Darwin about ideas that changed how we understand the world and have influenced our lives and not just natural history in so many ways ever since.

“Our exhibition – Wallace, the Forgotten Evolutionist – helps to redress that balance a little bit in a place full of stories, insects and animals that Wallace himself would have recognised.”