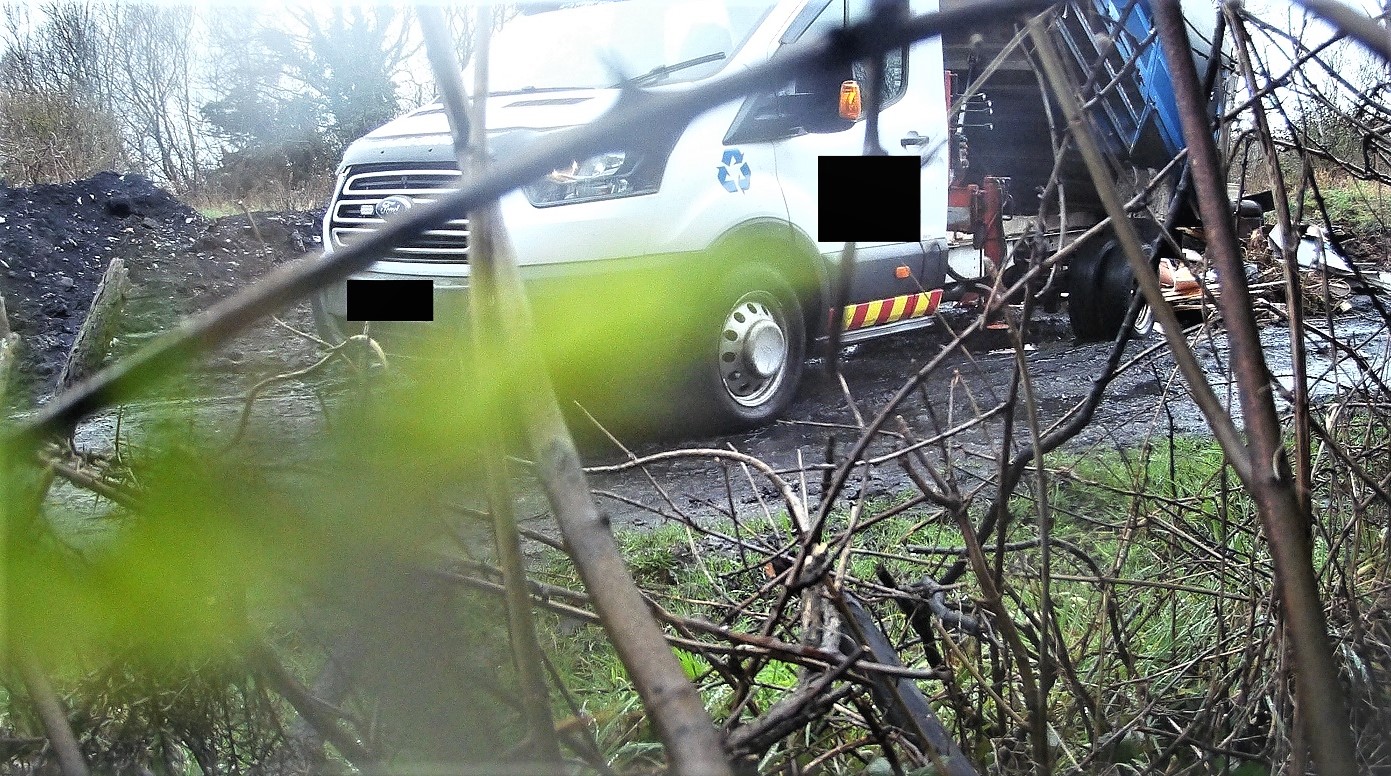 A man caught dumping waste by hidden cameras at a fly tipping hotspot by Neath Port Talbot Council enforcement officers has been fined.

James Steven Daniel Gilheaney, 20, of Cae Garw, Kenfig Hill, Pyle, had pleaded not guilty at Swansea Magistrates Court before his trial on August 9th to illegally depositing controlled waste on land at Cae Garw Farm in February this year.

Mr Gilheaney claimed he had been asked to ‘leave’ the waste at the location and to move it later.

At the conclusion of the trial, where still images and video footage from the cameras was shown, the District Judge said he found the defendant’s account incredible, before delivering his guilty verdict and sentencing Mr Gilheaney to a 12 month community order with 120 hours unpaid work, a £95 victim surcharge and £500 towards prosecution costs.

The District Judge also ordered the forfeiture of the transit van used to commit the offence and additionally disqualified Mr Gilheaney from driving for 12 months.

The court heard that cameras were placed in the area near Cae Garw, known to be used regularly for dumping waste, which was often then set alight.  When the recorded footage was later examined, officers identified Mr Gilheaney depositing the waste from the vehicle.

Cllr Scott Jones, Neath Port Talbot Council’s Cabinet Member for Streetscene, said: “I’d like to thank our officers for their painstaking work in this case. Fly-tipping is illegal and seriously damages our environment which is why I would appeal to anyone who sees fly-tipping to report it.”

Terri Harrison, a Dyfed Powys Police Sergeant, seconded to the Arson Reduction team Mid and West Wales Fire and Rescue Service added, “Waste crime is a real challenge for MAWWFRS and partner agencies.  Every year there are reports of hundreds of refuse fires and we see a very clear and obvious link between refuse fires and fly tipping.

“Waste crime has a real adverse impact on the quality of life for those affected by the illegal activities.  It damages our environment, community and economy. Positive outcomes such as this send a clear message that we all work closely together and these activities will not be tolerated.”