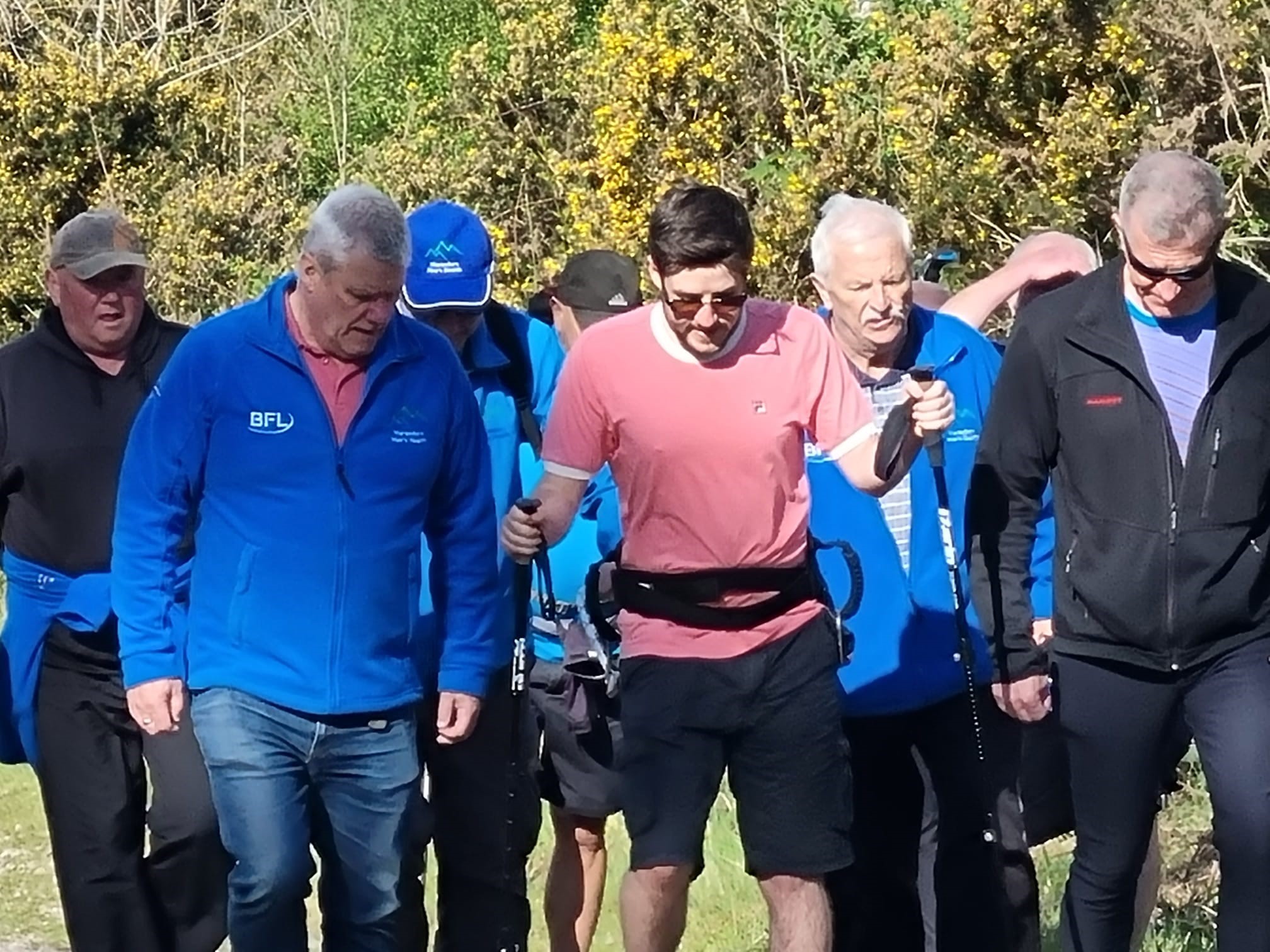 28 year-old Michael Pursey from Port Talbot is taking on the “Rock Bottom to Mountain top” challenge which will see him climb Pen y Fan three years after a stroke left the former teaching assistant unable to walk or talk.

On January 21st 2019, Michael had a stroke whilst working at a special needs school in Aberdare. He was rushed to the local hospital in Merthyr Tydfil who recognised he was having a stroke so was transferred to the University Hospital of Wales in Cardiff. Michael was left unable to walk and woke up with aphasia – a language disorder that affects your ability to communicate. He was in hospital for six months where he began to rebuild his life.

Michael was a young and fit 24 year old when he had a stroke, “My life changed overnight and everything I knew changed. I remember thinking ‘Am I really going to spend the rest of my life in this wheelchair? I got home and cried. That motivated me a lot not to give up, I couldn’t accept that that was the rest of my life.

“The biggest thing for me was the psychological side of rehabilitation and coming to terms with what is the new me mentally. It’s not come easy and for many months I was frustrated and angry but my mentality now is “what’s happened has happened, you can’t change the past, can only work hard to make the best future possible.”

During the pandemic Michael’s rehabilitation was put on stop because of lockdown but his determination and personal drive meant that he worked daily on his recovery which seen huge improvements. “I focused so much on my recovery and started with videoing myself everyday on how far I could walk in the hall of the house. It showed me if I pushed myself I could do it and when my physiotherapist set me the goal of climbing Pen- y fan albeit jokingly at first as I was doing so well I was determined to do it.”

The former Sports coach has set an ambitious goal to climb Pen- Y- Fan on September 1st. “It is not only a personal goal but I want to inspire other stroke survivors too. Don’t give up and keep pushing yourself as you can achieve new goals. I couldn’t walk, I was in a wheelchair or had a frame for a long time and I know personally that it feels like there is no way of coming back but there is a way to have a future, albeit different but just as rewarding. Life doesn’t end because you have had a stroke- it’s just the start of a new one.”

The challenge is raising money for three charities that helped Michael in his recovery including the Stroke Association. “The Stroke Association have been amazing and in those early days if it wasn’t for them I definitely wouldn’t be doing this-especially the help of my stroke support co-ordinators.”

Michael is also raising funds for his local NPT Stroke Group and Marauders Men’s health. Michael said “The Stroke Association support co-ordinator introduced me to both NPT Stroke Group who have been amazing in helping me with my recovery but also the Marauders Men’s health group- a walking group set up by Mal Emerson after he struggled to come to terms with an industrial accident that left him barely able to walk. We have so much banter as a group and do weekly walks and Mal really supports me and helps push me.”

Michael wears a special belt with loops on so the other men can help support him on the more uneven trickier ground. Michael said, “We support and encourage each other when things get tough on the walks and when I said about the challenge to them we started training straight away. Pen y Fan is 886m above sea level and my aim is to raise £3 every metre so that’s £1 for each charity every metre, if I raise more than that it’ll be brilliant for each charity that help so many people.”

“The money raised are vital funds as with the support of people like Michael we can help more stroke survivors and their families as they look to rebuild their lives.

“A stroke can happen to anyone at any time and it turns lives upside down as it has with Michael. Everyone at the Stroke Association wishes him the best of luck on his Rock Bottom to Mountain Top Challenge.”

To sponsor Michael and keep up to date with the Rock Bottom to Mountain Top Challenge visit: https://www.justgiving.com/crowdfunding/michaelpursey-rockbottomtomountaintop

Back to school: Charity urges fight rising costs and childhood inactivity with your feet