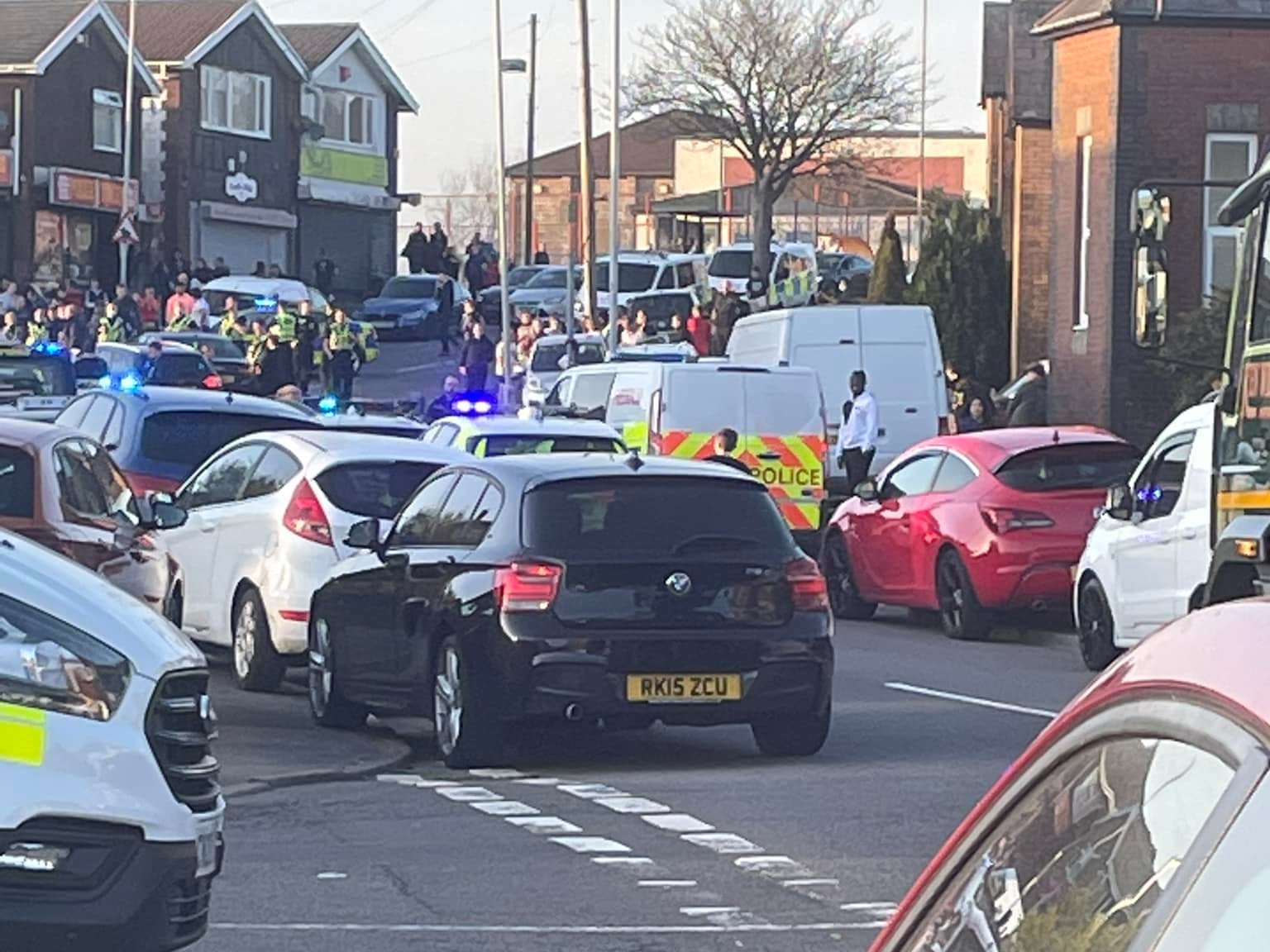 A 29 year-old man from Swansea has been arrested on suspicion of attempted murder and dangerous driving following an incident on Ffordd Cynore, Fforestfach on Sunday 20 March 20 around 3pm.

A stolen Ford Transit van being driven by the suspect was spotted by police officers around 3pm yesterday (March 22) on Mynydd Newydd Road in Blaen-y-Maes.

The vehicle was stopped following a short police pursuit in the Blaenymaes area and the male was arrested at Blaenymaes Drive.

Large numbers of Police were seen in the area at the time of the arrest.

At the time, officers investigating said they believed the collision between a Ford Ecosport car and electric bike was a “deliberate act”.

The arrested man remains in custody.

Detective Inspector Jason Kingdom said: “This was a shocking incident that has left one man with life-changing injuries.

“We appreciate there has been concern amongst our communities as a result of the incident in the Fforestfach area on Sunday.

“Following a police pursuit, in which the suspect has shown a clear disregard for the safety of others, officers have managed to bring this vehicle to a stop and detain the man responsible.”

Officers continue to appeal to anyone who witnessed what happened or has dash-cam footage of the incident on Sunday March 20.

The incident involved a grey Ford Ecosport and an electric bike.