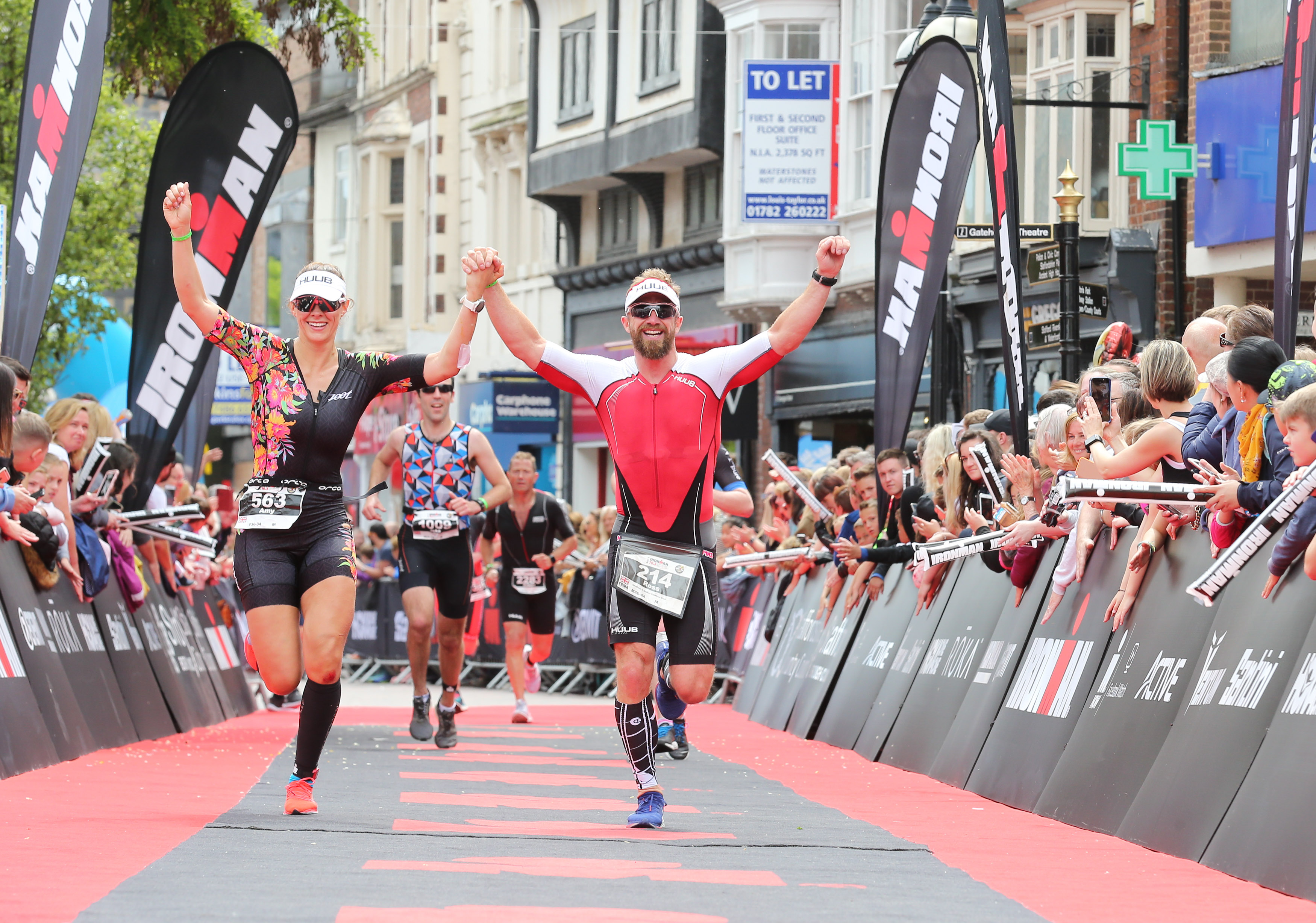 IRONMAN 70.3 Swansea will be the first PRO race in the 2022 UK race calendar, giving age-group athletes the chance to race with male and female professional fields.

The countdown is on for the first ever IRONMAN 70.3 triathlon event in Wales, as the inaugural IRONMAN 70.3 Swansea kicks off on Sunday, 7 August 2022.

While the official start list is eagerly awaited, professional athletes such as Nikki Bartlett (GBR), the 2022 IRONMAN 70.3 Mallorca Champion and runner up at last month’s IRONMAN Frankfurt, have begun to announce their attendance at the middle-distance race in Swansea next month.

In the age group category, the swim, bike, run event will see competitors from ages 18 to 73 embark on the 70.3-mile endurance challenge, with close to 2,000 individual entries and 24 relay teams.

Starting with a 1.2-mile sea swim at the Prince of Wales Dock, athletes will undertake a 56-mile cycle along the sweeping waterfront of Swansea Bay, through the colourful Mumbles, and across the scenic hills of the Gower (AONB) before heading back into the city. Athletes will then move onto their final leg of the triathlon event with a 13.1-mile run down the flat and coastal Swansea Bay course, returning to Museum Gardens for an epic festival finish down the IRONMAN red carpet.

Rebecca Sutherland, Race Director for IRONMAN 70.3 Swansea, said: “Following on from the success of our IRONMAN Wales event in Tenby, now celebrating its tenth anniversary, we have no doubt IRONMAN 70.3 Swansea will quickly become a prominent feature of the European race calendar. The challenging but stunning courses and exceptional crowd support offered in Wales is second to none, and we look forward to seeing the event come to life in Swansea this August.”

“We would like to thank Swansea Council and Welsh Government for their strong partnerships, our generous local and European sponsors for their support, and our dedicated staff, suppliers, and volunteers for their continual hard work. Finally, we would like to thank the communities along the course that allow us to create an event of this scale. We hope to see you out in support on race day.”

The event will see a proud 63% racing for Wales, with 1,295 registered competitors representing the host country – and 772 athletes racing from the Swansea area itself. Nearly 37% of athletes taking part in the event are members of an IRONMAN Tri Club, with locals Celtic Tri, Swansea Vale Tri, and Rhondda Triathlon Club leading the way out of the 191 different Tri Clubs represented.

An additional 20 athletes will be racing the event on behalf of the Wales Air Ambulance, a charity service providing emergency medical care across Wales. Jenny Rose, a local Swansea resident, is one of the athletes raising funds for the charity, after the Wales Air Ambulance transported her mother to hospital for life-saving surgery when she suffered a brain haemorrhage while out in the Gower Peninsula.

On deciding to race, Jenny told the Wales Air Ambulance: “We are so grateful to the Wales Air Ambulance for saving her life, allowing her to continue being the most incredible woman, wife, mother, and grandmother that continues to serve others and put everyone else first. It’s a pretty crazy challenge to sign up to as I’m no triathlete, but I’d like to use this as a chance to raise money.”

The event is expected to bring an economic boost upward of £2.5m to the region, as tens of thousands of athletes, supporters, volunteers, and staff travel to the Swansea area for the race weekend.

Robert Francis-Davies, Swansea Council’s Cabinet Member for Investment, Regeneration, and Tourism said: “Excitement is mounting in Swansea, with the first IRONMAN 70.3 Swansea only 30 days away. We look forward to hosting thousands of athletes and spectators at the event on 7 August. With the Volvo 2022 World Triathlon Para Series Swansea planned for 6 August, it’s going to be a fantastic weekend of sport. These events along with all the others that Swansea hosts each year will hopefully inspire even more people to compete in sport, competitive or recreational, and to enjoy our local area and facilities.”

IRONMAN 70.3 Swansea is the third event in the IRONMAN UK calendar to take place this year, following on from IRONMAN 70.3 Staffordshire on 12 June and IRONMAN UK on 3 July. IRONMAN Wales, the only full-distance event on Welsh soil celebrating its tenth year, takes place in Tenby on 11 September before the UK season comes to a close with IRONMAN 70.3 Weymouth on 18 September.

Swansea named one of UK’s most investable green cities