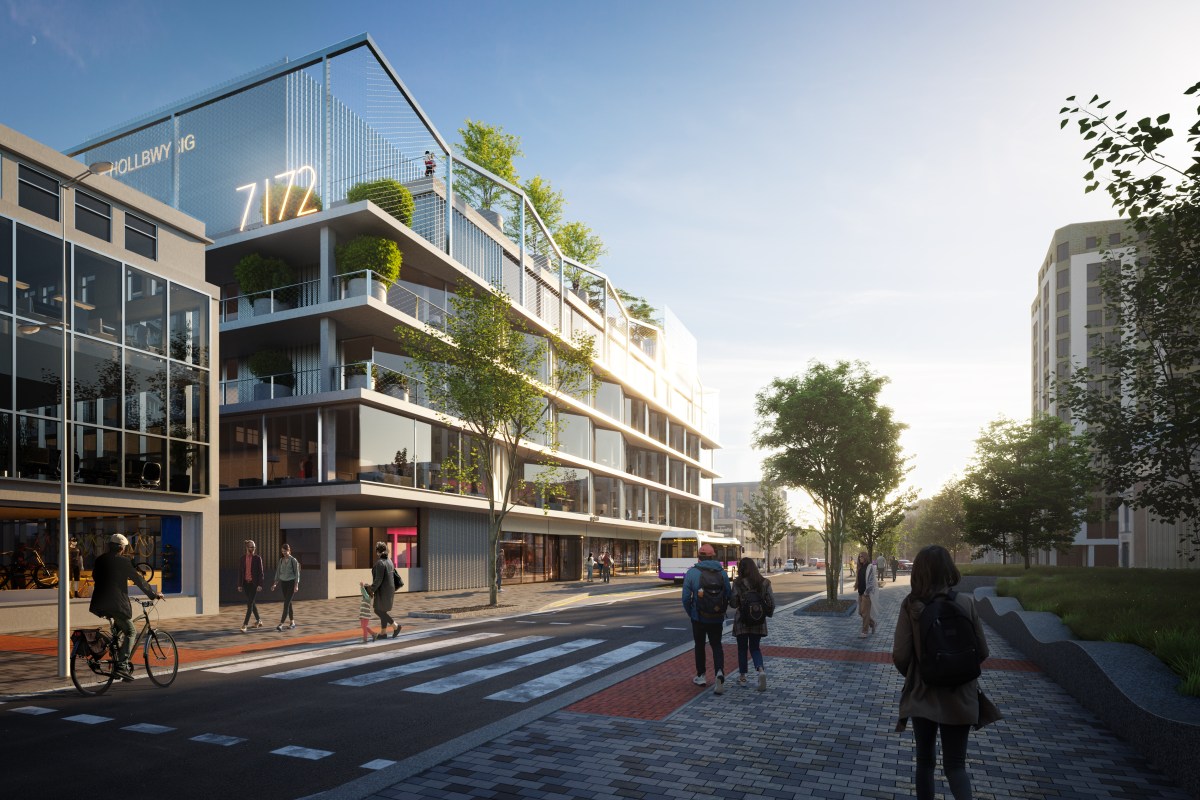 Led by Swansea Council, the projects at the Hafod Morfa Copperworks and former Oceana nightclub sites are among those forming part of a £1bn city-wide regeneration programme that’s continuing at pace.

They follow-on from major progress in 2022, which included the opening of Swansea Arena, the new bridge over Oystermouth Road and the coastal park.

A £3m improvement of Wind Street was also completed, including new paving, seating and greenery, with dedicated outdoor spaces for hospitality dining areas.

Cllr Rob Stewart, Swansea Council Leader, said: “As we emerged from the pandemic, 2022 was a big year for Swansea’s continued transformation, with world-class facilities like Swansea Arena and the coastal park attracting many thousands of visitors a week, creating jobs for local people and providing spaces for local businesses to expand and thrive.

“We’re no longer a city of artist impressions that come to nothing, and this focus on delivery for the benefit of our residents and businesses will continue into 2023 and beyond.

“Schemes like the Penderyn whisky visitor centre and distillery bringing new life to the historic Hafod Morfa Copperworks site are among those due for completion this year, along with the new five-storey, modern and flexible office development at 71/72 Kingsway to accommodate hundreds of workers in our thriving tech, digital and creative industry sectors.

“They’ll combine to celebrate our history while creating new jobs, retaining well-paid employment opportunities in Swansea and generating more footfall for other businesses.”

The Hafod Morfa Copperworks site is being revamped by Swansea firm John Weaver contractors on behalf of the council. The work has been made possible thanks to a £4m grant from The National Lottery Heritage Fund in Wales, and £500,000 from Welsh Government.

Worth £32.6 million a year to Swansea’s economy, the 71/72 Kingsway scheme will be carbon zero in operation, with Bouygues UK on site as main contractor as construction continues. Swansea Council is developing the scheme, which is being part-funded by the £1.3 billion Swansea Bay City Deal and supported by the European Regional Development Fund through the Welsh Government.

Cllr Robert Francis-Davies, Swansea Council’s Cabinet Member for Investment, Regeneration and Tourism, said: “As well as schemes due for completion this year, there will be many others making significant progress. These include the on-going transformation of the Palace Theatre, plans for a Castle Square Gardens revamp and the start of work on site to transform the former BHS building into a community hub.

“What this public sector investment has done is attract significant private sector-led investment in the city too, with examples including the innovative and ground-breaking Hacer Developments ‘living building’ scheme in the Picton Yard area, where construction is on-going on a mix of office, residential and education space.

“Urban Splash – our regeneration partners – will also be making more progress in the coming months on plans to transform sites in the city centre and on the seafront, and New Zealand-based Skyline Enterprises are anticipated to undertake public consultation in the spring for a major new outdoor leisure destination at Kilvey Hill.

“These plans combine to show a real confidence to invest in Swansea, which will mean better facilities and more jobs for local people and visitors to the city.”

The Palace Theatre work is being carried out by South Wales-based contractor R & M Williams on behalf of Swansea Council. Other on-going schemes include the private sector-led transformation of the Albert Hall building into an 800-capacity entertainment venue and new spaces for lifestyle businesses and offices.