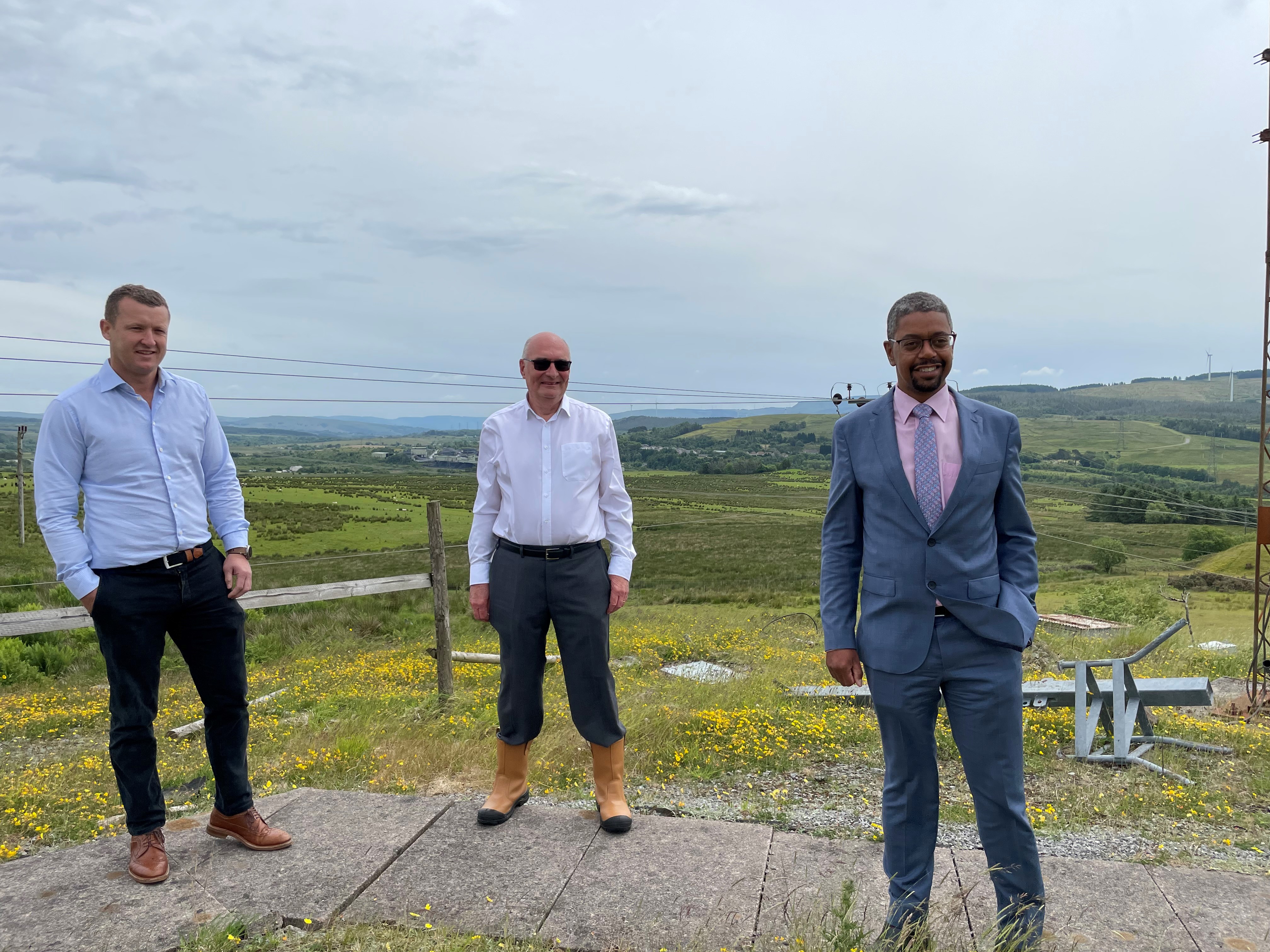 A new world-class rail testing facility on a former opencast mining site at the head of the Dulais and Swansea valleys will transform the local area by creating new high quality jobs, Economy Minister, Vaughan Gething, said today on his first visit to the site.

The Global Centre of Rail Excellence (GCRE) – a train, rail infrastructure and technology testing facility – will be located on the site of Nant Helen opencast mine in Onllwyn, which is currently operated by Celtic Energy.

The Welsh Government has developed the idea for the centre from scratch and has engaged with experts from across the global rail industry to bring it to this point.  In a further sign of the Welsh Government’s confidence in the project, it is investing £50 million to support the delivery of the new facility.

Speaking during a visit to Onllwyn, Economy Minister, Vaughan Gething said: “It was great to visit the proposed site of the new Global Centre of Rail Excellence here in Onllwyn today. The coal industry is why we have communities here in the south Wales valleys. Miners and their families settled here from across Wales and the rest of the UK to work in our mines. The coal extracted here was considered to be the very best, and helped power the industrial revolution, which in turn, helped build the modern world we live in today.

“With the arrival of the proposed new Global Centre of Rail Excellence in the next few years, our valley communities will again be at the heart of a new world-class global industry. This will help create the next generation of high quality jobs, attracting new investment and opportunities for local people, driving new technologies and innovation and helping us to realise our ambition of a greener, cleaner and stronger Wales.”

Mr Gething added: “The Welsh Government’s commitment to developing this world-class facility is clear. We’ve made £50 million available to bring this important facility to the Dulais and Swansea valleys, as part of wider plans to transform our valley communities.

“The facility will be truly unique in Europe. It will put Wales on the map as the go-to country for UK and international train manufacturers, network operators, the wider industry, supply chain and academia, to research, test and develop innovative new technologies that underpin de-carbonisation and development for the global rail industry. It will also be a magnet project for further new opportunities – bringing more quality jobs and investment to our communities.

“We welcome the recent interest from the UK Government in this made in Wales project, and are delighted they have now seen its transformative potential.”

The Welsh Government has been working in partnership with Neath Port Talbot County Borough Council and Powys County Council to develop proposals for the GCRE. A joint venture was established in 2019 between Welsh Government and both Powys and Neath Port Talbot councils to support project development and delivery. The proposals are the result of collaborative working with partners and extensive engagement and consultation with stakeholders and local communities.

A land option deal has been completed for the sites at the Nant Helen surface mine and Onllwyn coal washery, which will see Celtic Energy gift all the land necessary for the project.

A formal planning application has been submitted, and is currently being considered by local councillors.

Eight museums and libraries in Wales to get share of £1.1m for new community facilities