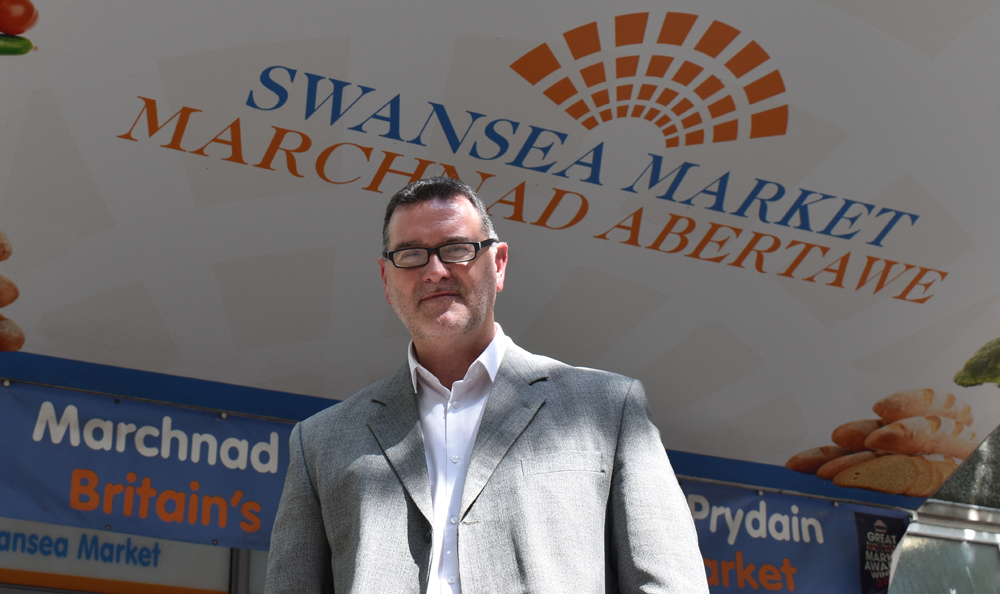 The man who manages Swansea Market is retiring after 31 years in the role.

John Burns became market supervisor in January 1990 after a number of other jobs with Swansea’s local authority.

He leaves the market this month as a venue that, in non-pandemic times, attracts around five million shoppers a year.

Managed by Swansea Council, it is the permanent home to more than 100 businesses, hosts casual traders and puts on regular events.

John was at the forefront of successful efforts to keep the market’s essential businesses operating and delivering to customers through the pandemic’s most extreme months.

He said: “It’s been good to have daily chats and a bit of fun with our stallholders through the decades – whilst maintaining a professional approach.

“Being able to help them and customers through the pandemic has been a privilege.

“One of the ongoing sources of pleasure for me has been the thanks from customers after my staff and I have helped them at the times they or relatives have needed us to call an ambulance.”

Swansea Council cabinet member Robert Francis-Davies said: “Our market is a beating heart of the city centre and John has had a major role to play in that.

“I thank him for his hard work, dedication and expertise through three decades of change and improvement.

“He leaves the market in excellent shape and with more improvements on the way – a venue that’ll become increasingly popular and busy as our £1bn city centre regeneration work evolves. I wish him and his family well – and look forward to seeing him visiting the market stalls as a shopper.”

John was born in Swansea and vividly remembers being taken around the market by his mum and dad as a young boy. He was educated at the city’s former Penlan Comprehensive School.

His first job – in 1983 – was as an audit clerk with the former Swansea City Council. He then worked in the council’s cashiers officer before becoming a market inspector in late 1987.

John lives in Manselton with partner Debra. He has an adult daughter, Anna, and adult sons Joel and Daniel.