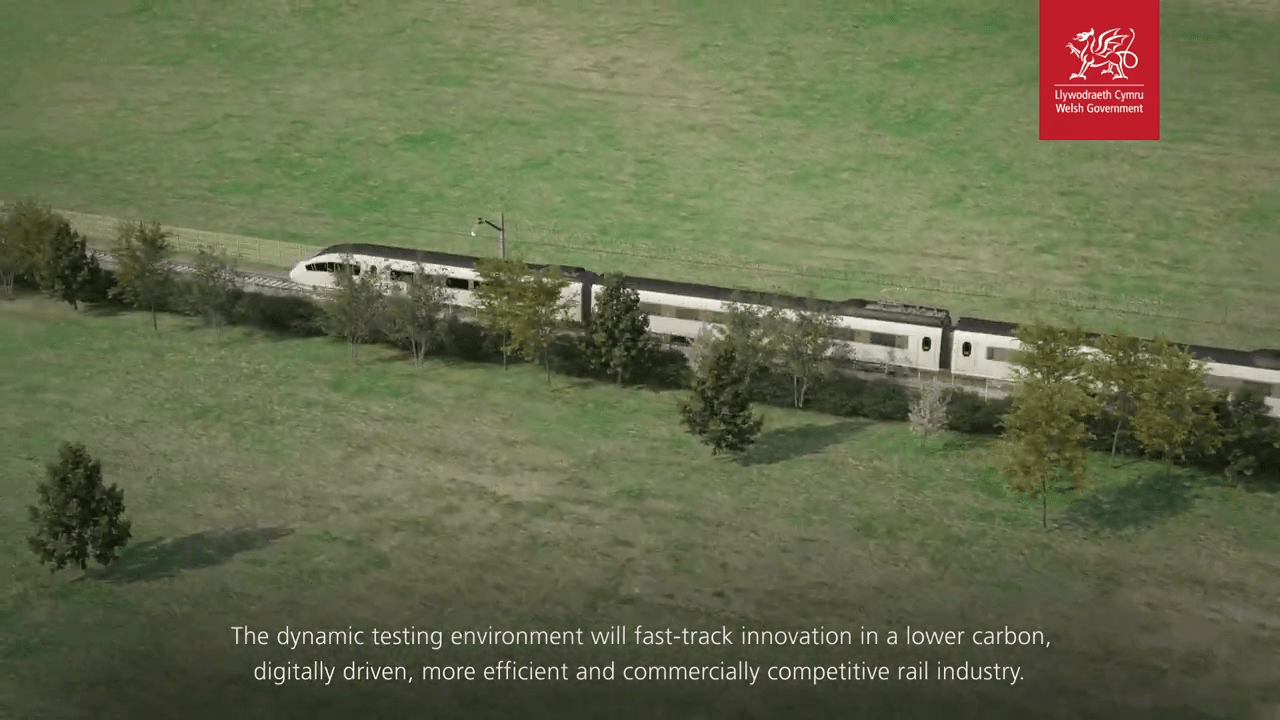 A new world-class rail testing facility on a former opencast mining site at the head of the Dulais and Swansea valleys has been given the seal of approval by local councillors.

The Global Centre of Rail Excellence – a train, rail infrastructure and technology testing facility – will be located on the site of Nant Helen opencast mine in Onllwyn, which is currently operated by Celtic Energy.

It will put Wales on the map as the go-to country for UK and international train manufacturers, network operators, the wider industry, supply chain and academia, to research, test and develop innovative new technologies that underpin de-carbonisation and development for the global rail industry. It will also be a magnet project for further new opportunities, bringing more quality jobs and investment to our communities.

Members of the planning committees at Neath Port Talbot County Borough Council and Powys County Council have this week given the project the final go-ahead.

“The new centre will help create the next generation of high quality jobs, attracting new investment and opportunities for local people, driving new technologies and innovation, and helping us to realise our ambition of creating a stronger and more prosperous economy, in a greener, cleaner and stronger Wales.

“The Welsh Government’s commitment to developing this world-class facility is clear. We’ve have made £50m available to bring this important facility to the Dulais and Swansea valleys, as part of wider plans to transform valley communities.

“I’m very much looking forward to seeing the project progressing at pace over the coming months.”

The Welsh Government has been working in partnership with Neath Port Talbot County Borough Council and Powys County Council to develop proposals for the GCRE. A joint venture was established in 2019 between Welsh Government and both Powys and Neath Port Talbot councils to support project development and delivery. The proposals are the result of collaborative working with partners and extensive engagement and consultation with stakeholders and local communities.

A land option deal has been completed for the sites at the Nant Helen surface mine and Onllwyn coal washery, which will see Celtic Energy gift all the land necessary for the project.

Speaking at the site of the planned rail testing centre on the former Nant Helen open cast coal mine, the Leader of Neath Port Talbot Council, Cllr Latham said: “After granting planning permission for this important project this council is now gearing up to support the GCRE as it moves towards its next phase of development.

“When completed, this centre will provide a unique capability in the UK and Europe to support innovation in the British and international rail industry.

“Very much in line with this council’s Decarbonisation and Renewable Energy Strategy (DARE) the centre will involve the testing of cutting-edge technologies making future rail transport cleaner and greener.

“It will have a transformational effect on the surrounding area and also the region as a whole, creating high quality new jobs and opening the way for further investment.”