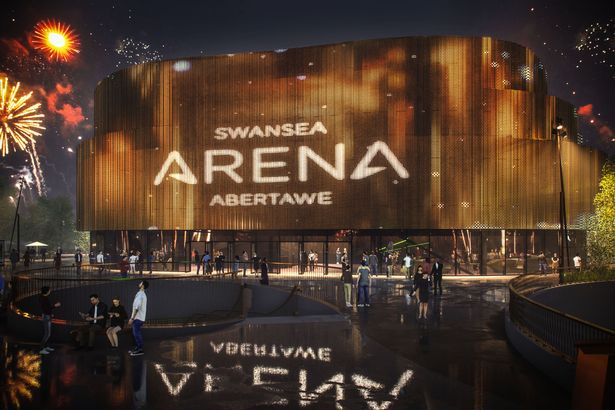 Can’t wait until next year? John, will be appearing at the city’s very own Grand Theatre on Saturday 13 November as part of a warm-up for the comedy tour.

Strictly Come Dancing pro and reigning glitter-ball champion Oti Mabuse will be bringing her ‘I Am Here’ show to Swansea Arena on Friday 24 June 2022. Promising some of Oti’s signature South African flavour to jives and sambas it will be “an explosive night of dance and music that will set your heart racing”.

Six acts have now been announced at the 3,500 seat state-of-the-art venue.

The venue’s high profile opening headline music act is yet to be revealed.

Swansea Arena is expected to host up to 200 performances across music, comedy, esports, sport and conference events for an estimated 230,000 visitors each year.

Tickets for John Bishop and Oti Mabuse go on sale on Friday 1 October at 10am. Pre-sale tickets are available on Wednesday 29 September. Visit Swansea-arena.co.uk for details.