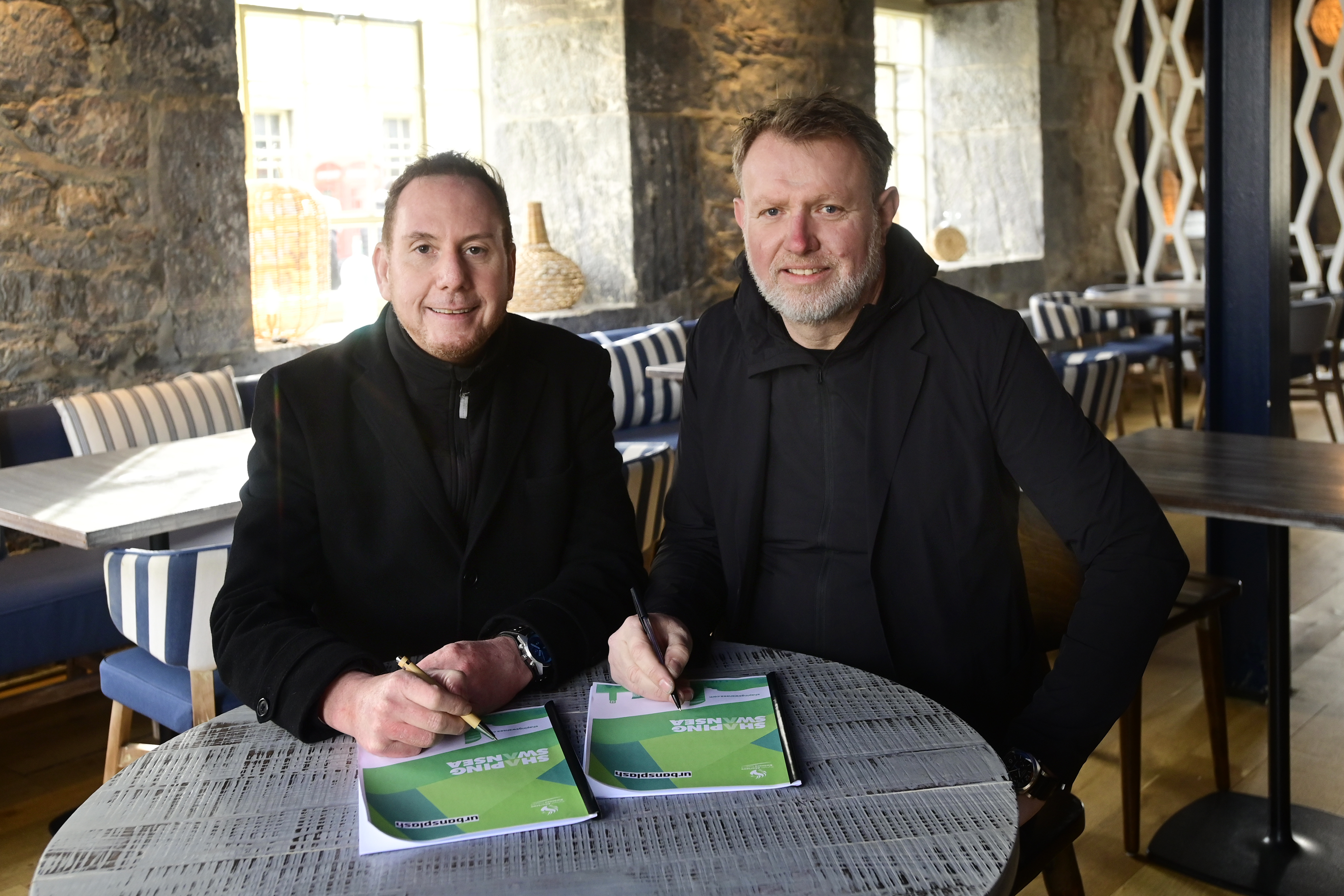 Urban Splash have now signed a 20-year partnership agreement with the council, paving the way for the redevelopment of sites including Swansea Central North at the former St David’s Shopping Centre.

Early proposals for the 5.5-acre Swansea Central North site include new office buildings, shared workspaces, apartments and an area for small creative businesses to make and sell their products.

Another proposal is the potential redevelopment of the 23-acre Civic Centre site to create a new city seafront district. New homes and leisure and hospitality uses could feature there, along with plenty of greenery, public spaces and a new walkway to the beach.

Cllr leader, Rob Stewart recently announced proposals for an interactive aquarium to be built between the city’s new arena and the civic centre site.

Cllr Rob Stewart, Swansea Council Leader, said: “We have delivered a new Kingsway, an improved Wind Street, Copr Bay and Swansea Arena over the past five years. Castle Gardens, the Palace Theatre, Albert Hall and a number of other key regeneration schemes are also in progress, but now we need to move up another gear to the next level of reimagining our beautiful city. This is why we will be redeveloping these key sites across Swansea to create more business, leisure and living opportunities.

“I’m delighted to have a world-class partner in Urban Splash, who will help us realise these opportunities. We’ve already been hugely impressed with their passion, dedication, and vision to help the council deliver the kind of modern, thriving city centre and waterfront the people of Swansea deserve.

“The planned regeneration of sites including the area around St Mary’s Church known as Swansea Central North and the world-class Civic Centre site are going to be something really special and unique, building on the work we have already done around Copr Bay and the arena.

“As well as creating high-quality new leisure, living and retail and office space, the proposed transformation of these key sites will generate thousands of well-paid jobs for local people.

“Urban Splash is a company that’s delivered some of the most imaginative and iconic schemes in the UK, so we’re delighted to have signed this £750m partnership agreement which will take our city to the next level.”

Urban Splash was established in 1993 and has since developed over 60 regeneration projects throughout the UK. These include the Royal William Yard project in Plymouth, where the company has transformed a collection of Grade I and Grade II Listed waterfront structures into apartments, workspaces, galleries, bars and restaurants. Urban Splash has won more than 450 awards for its work.

Jonathan Falkingham MBE, co-founder at Urban Splash and a former Swansea resident who attended school in the city, said: “We are very much looking forward to progressing our partnership with Swansea Council, applying almost three decades’ experience in regeneration to create a world-class environment which fuses the city’s historic fabric with new, sustainable architecture, with the objective of establishing Swansea as one of the UK’s most healthy and liveable cities.

“Creating the best places is more than just about buildings – it’s about local people. Urban Splash are keen collaborators, and we can only breathe life into new places by working closely with those local communities, local businesses, entrepreneurs and the creative community. Swansea Council have already demonstrated their ambition for the city and we are delighted to be joining them and the wider community on the next step of Swansea’s journey.”

Other Swansea sites to be regenerated include a 7.5-acre riverfront site in St Thomas, where early proposals include family homes, apartments, new public spaces and a new terraced river walk providing direct access to the river for the first time in over 150 years.

The council say further proposals in future will cover opportunities to develop other key sites across Swansea.

They also add that many opportunities will be made available for local people to give feedback on all the proposals as soon as they are developed in more detail.