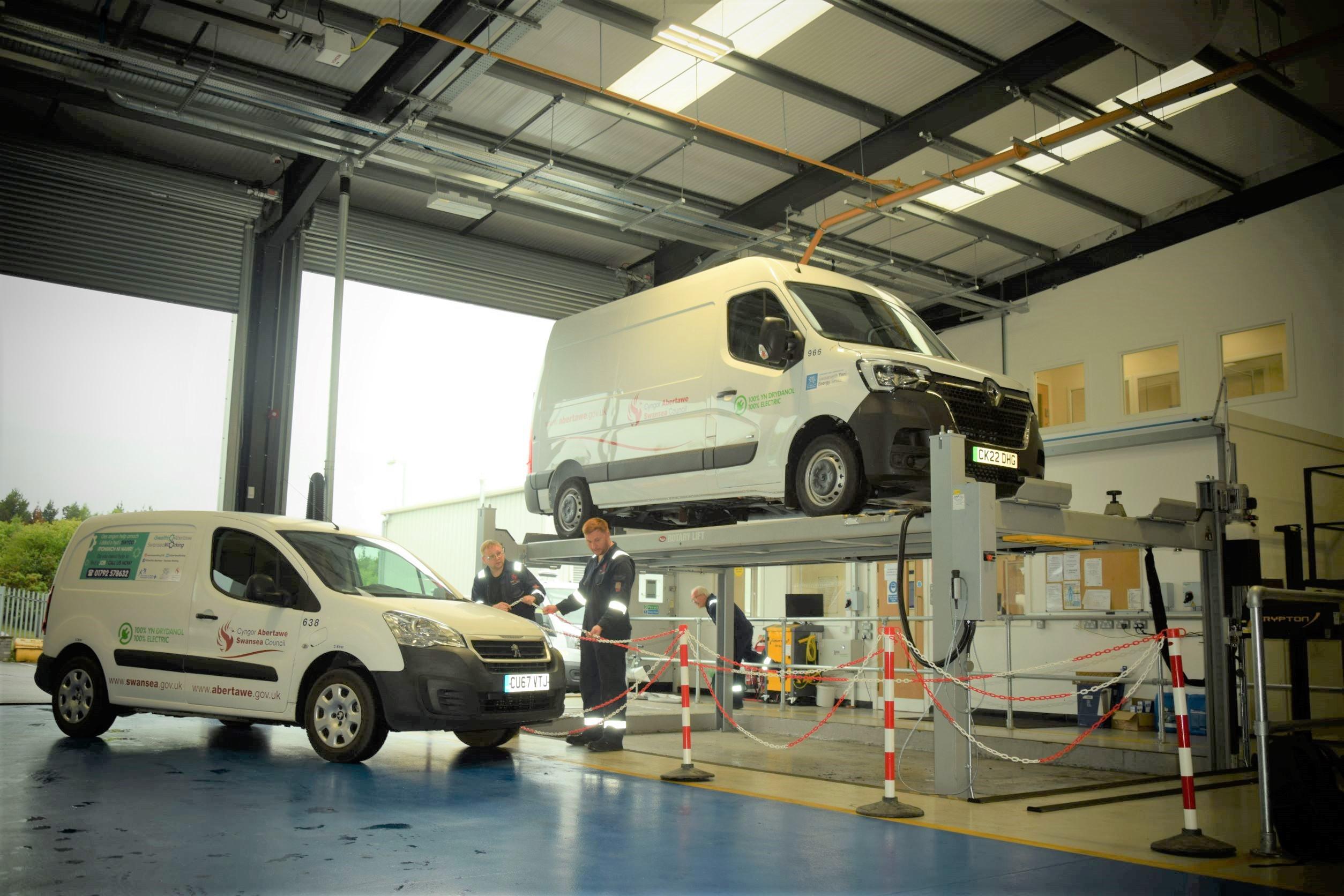 Swansea Council’s plans to operate a new generation of electric vehicles are heading for the fast lane.

The council already operates 60 electric vehicles and 25 more are coming in the next few months.

And now 16 mechanics in its transport team have been trained-up to keep the vehicles on the road.

Swansea Council is replacing older diesel vehicles in the fleet and is among its major policy commitments to be a zero carbon council by 2030. The light commercial fleet is expected to be fully electric by 2025, with the whole remainder – including waste and recycling vehicles – to be ultra-low emission by 2030.

Andrea Lewis, Joint Deputy Leader and Cabinet Member for Service Transformation, said the move towards training the council’s transport unit mechanics in electric vehicle repair and maintenance was setting an example to others and demonstrating its commitment to a zero carbon future.

She said: “We’ve been urging other organisations in Swansea to join us in aiming for a zero carbon Swansea by 2050. The council aims to get there by 2030. Our fleet of around 800 vehicles will be electric or ultra-low emission by 2030 as part of our pledge to do more – and do it as quickly as possible – to protect our environment from climate change.

“Our training investment in our CTU team also demonstrates how action to tackle climate change can create and protect jobs in our communities.”

The council worked with Gower College Swansea to set up the mechanics’ training course and they are now inviting other businesses across the city to take advantage and join the course as well.

Mark Barrow, Fleet Manager at the council, said the 16 mechanics training provided by Gower College Swansea with the support of the Unite union, was an investment in the team’s future.

He said: “Up to now we’ve had to send our electric vehicles to an outside contractor for repairs and maintenance. Thanks to the training the team have had we’ll be able to bring that work in-house.

“It’s an important step for the team and recognition of their commitment and their continuing future role at the council. It also builds resilience into the service provided by the CTU because it means we don’t any longer have to rely on outside support to maintain any of our vehicles.

“By getting all the training in place for the team now before all the new electric vehicles come into service, we’ll be well ahead of the learning curve.”