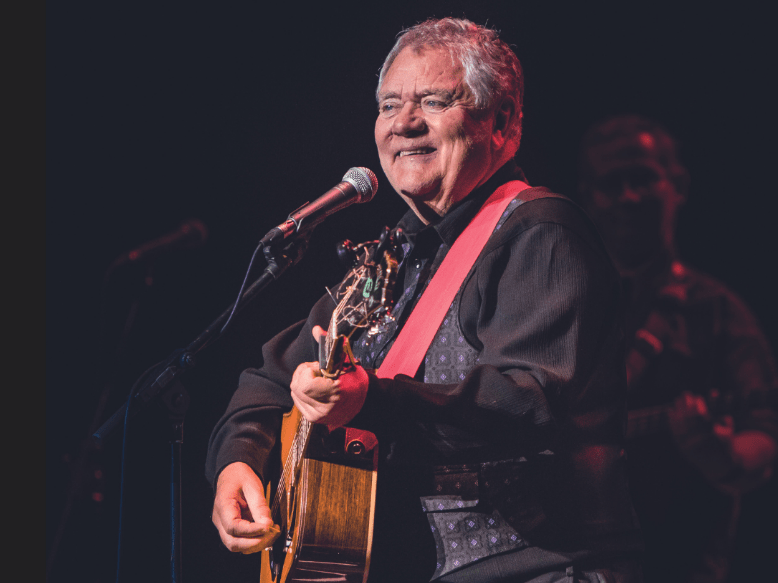 Following a sell-out tour in 2022, Welsh legend Max Boyce is coming to Swansea Arena with a special 50th anniversary concert.

The iconic Welsh comedian, singer and entertainer is due to play Swansea’s newest concert venue on Saturday 4 March 2023.

Glynneath-born Max rose to fame in the 1970s with a musical comedy act rooted in his passion for Welsh rugby.

His very first recordings were made at the Valley Folk Club in Pontardawe in 1971 and featured several tracks that became his signature tunes including including Hymns and Arias, Duw it’s Hard and Slow – Men at Work.

At his brand new Swansea Arena show he will be performing a musical version of his lockdown poem When Just the Tide Went Out for the first time. Since its release in 2020 it has been something of an internet sensation and been viewed nearly 8 million times. It was titled ‘Pick of the Week’ on Radio 4 and features in his number 1 best-selling book, Hymns and Arias.

Max will also be performing some of his other famous songs which have endeared him to both young and old alike. Don’t miss the chance to see this inspired, and inspiring entertainer, whose songs and stories have become part of Welsh Legend.

The one-off show is hard to miss, and definitely one that for years to come you’ll be able to say: “I was there!”