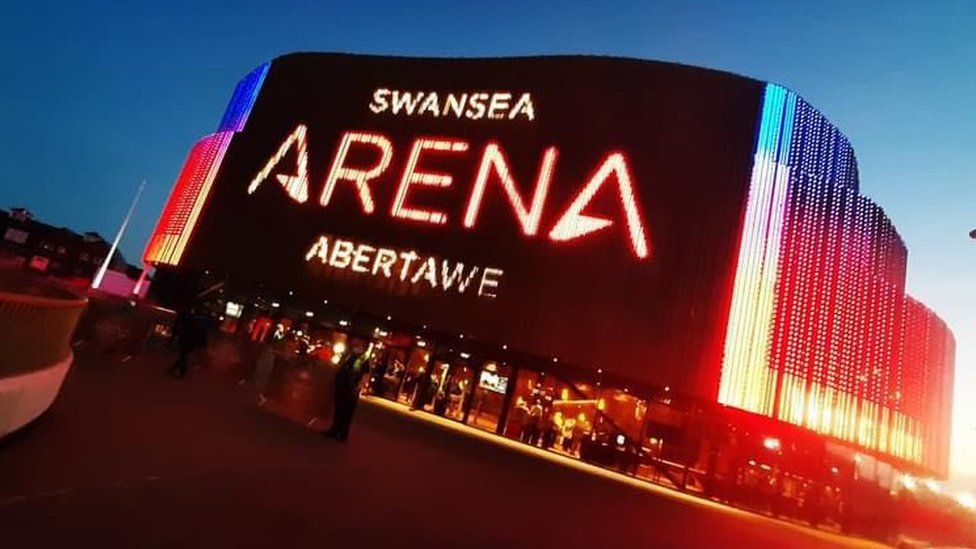 Close to 110,000 – that’s how many visitors Swansea Arena has attracted since first opening its doors about six months ago.

Developed by Swansea Council and run by Ambassador Theatre Group (ATG), the arena stands at the heart of the city’s new £135m Copr Bay district.

The 3,500-capacity arena has also recently announced Wynne Evans for March 25 and Russell Howard for April 1 next year, with more announcements anticipated in the coming weeks.

Tickets for those two performances and others are now on sale on Swansea Arena’s website.

Other shows to come include Jersey Boys at the venue from November 29 to December 3, and Bat Out of Hell from December 6 to December 15.

Other features of the Copr Bay district developed by the council and development managed by RivingtonHark include the coastal park next to the arena and the new bridge over Oystermouth Road.

The arena feature of the district is part-funded by the £1.3bn Swansea Bay City Deal.

A number of exhibitions have also been held there, as well as university graduation ceremonies.

Cllr Robert Francis-Davies, Swansea Council’s Cabinet Member for Investment, Regeneration and Tourism, said: “Swansea Arena has been a terrific success since first opening back in March, bringing even more world-class entertainment to the people of Swansea and visitors to our city.

“It’s a great addition to Swansea’s portfolio of cultural venues like the Grand Theatre and the Brangwyn Hall in order to give local residents more choice than ever before, while also bringing more people into the city centre and creating opportunities for existing and new businesses.”

The arena has also generated 22 full-time jobs and 100 part-time jobs so far, with recruitment on-going.

“While it’s exceeded expectations, the arena is just the start though, with so much more on the way as part of other projects.

“These include the redevelopment of the former Oceana nightclub site on The Kingsway and the transformation of sites like Swansea Central North and the Civic Centre by regeneration specialists Urban Splash.

“The private sector is heavily investing too, with schemes like the ‘living building’ being led by Hacer Developments complementing all we’re doing to create a better city.”

Other elements of Copr Bay include a new affordable living complex being run by Pobl Group, with residents having now moved in.