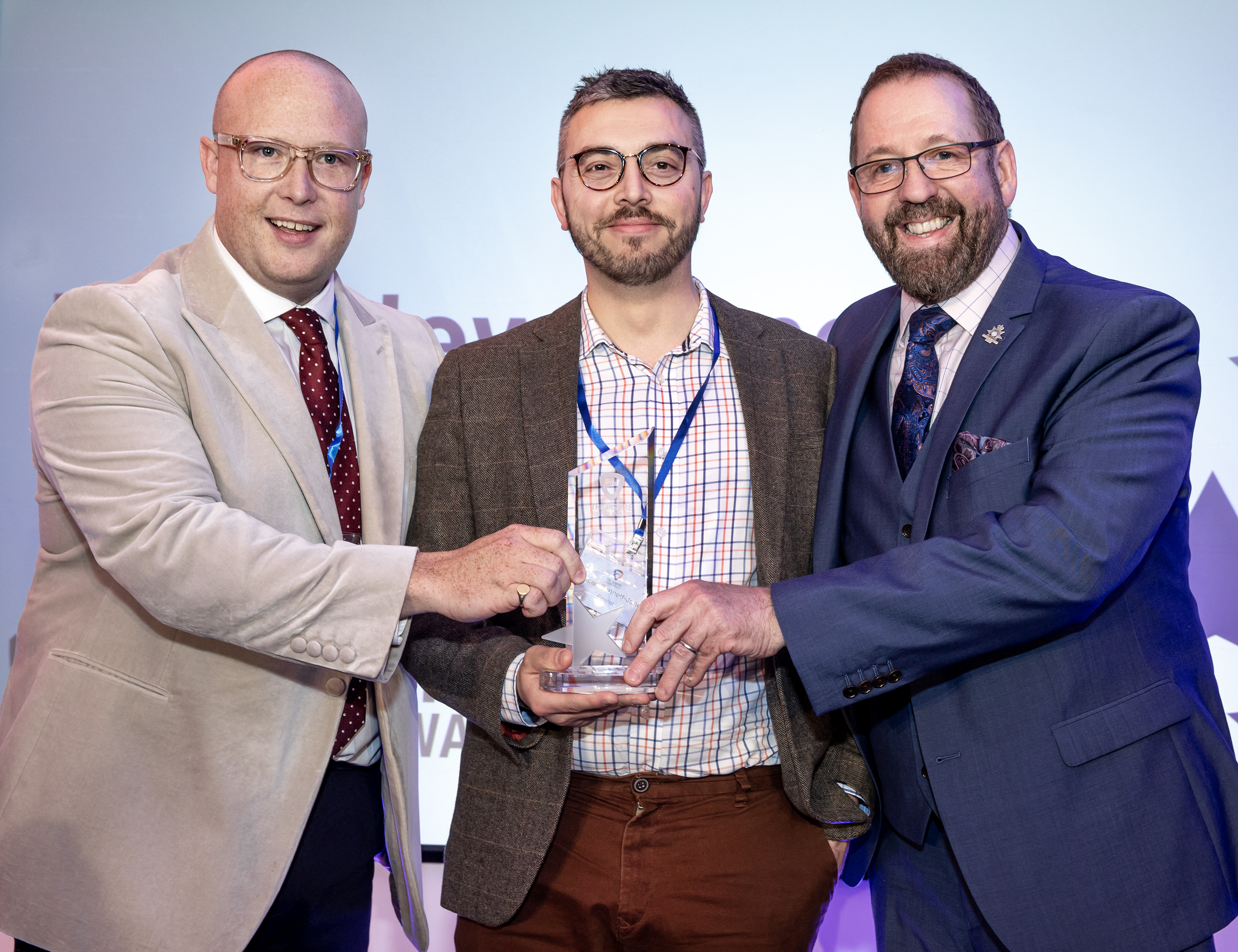 Swansea Probation Officer Duncan Bennett-Jones has been honoured at the inaugural Inspire Justice Awards, delivered by Skills for Justice.

An expert panel of judges were impressed by the immediate impact Duncan has made since joining the Service just 12 months ago.

Amongst Duncan’s many accomplishments in this time, he was commended earlier this year for the quality of his work by colleagues and managers and his reports have been shared internally as examples of best practice.

Duncan’s manager Wynne Davies had this to say about the rising star: “Since Duncan joined my team as a Quality Development Officer he has shown a great deal of passion for his new role and a commitment to make a real difference to the quality of practice across the area.

“He has a strong work ethic and has demonstrated both an ability to work well on his own and with colleagues. He has been generous with his time and advice, showing colleagues how to improve their own practice for the benefit of those we work with.”

Speaking at a glittering awards ceremony held in Birmingham Duncan had this to say: “It’s really nice to be recognised for the work that I do kind of behind the scenes.

“I think everyone wants to be recognised for good things that they do, so it’s nice to know that your colleagues have kind of recognised that in you and taken the time to kind of put that forward.”