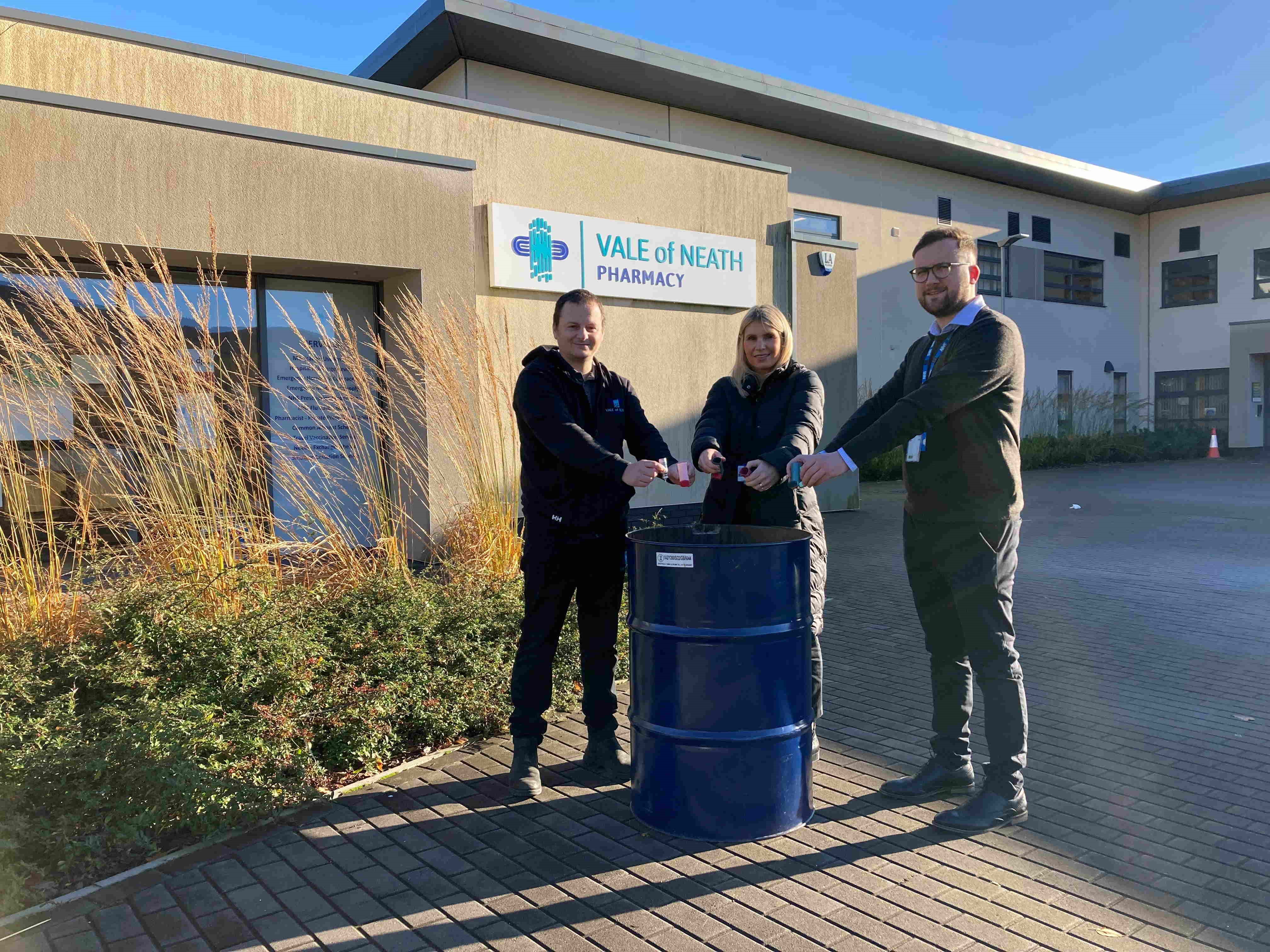 Each year thousands of empty plastic inhalers are sent with household waste to landfill or popped in plastic recycling containers after they’ve been used by patients with respiratory conditions like asthma.

However these used inhalers are not completely empty. They still have residual gases in them which contribute to global warming.

Now, as part of a trial, used inhalers are being disposed of in a greener way to stop these gases escaping.

Eight pharmacies in the Upper Valleys Cluster are involved in the pilot which sees all elements of an inhaler recycled for plastic and metal while remaining gases are compressed and reused.

It could be rolled out across the health board and country.

The pilot, the first of its kind in Wales, follows an initial trial which encouraged patients to return inhalers that were no longer needed after a survey revealed 90 per cent of patients were disposing their devices in general waste or plastic recycle bags.

In total, 1,249 inhalers were returned during the trial at the Vale of Neath Pharmacy over the course of a year.

These devices were then incinerated rather than sent to landfill in order to prevent greenhouse gases leaking into the atmosphere.

Niki Watts (pictured below), the cluster’s lead pharmacist, said: “During my research, I was surprised to discover that inhalers we dispense contain powerful greenhouse gases.

“I ran a survey to find out why patients weren’t dropping their recyclers to the pharmacy because just two were returned in a few months.

“The general consensus was they thought they would be recycled if disposed of in their household recycling, which isn’t the case. So patients did not realise that their method was having a negative impact on the environment.

“We educated patients on this and it has proved very effective in what we’re trying to achieve with recycling inhalers.”

The trial’s success led to Niki setting up the latest pilot, this time looking at how to recycle the inhalers.

Patients can return inhalers which are no longer needed to the following eight pharmacies:

Inhalers are stored in a United Nations approved drum and collected by a waste management company who distribute the plastic and metal for recycling.

Any gases remaining in the inhaler are processed at a disposal plant and reused in refrigeration equipment.

Amy David, Primary Care Pharmacist, said: “Thanks to the initial trial, patients are more aware of the detrimental impact on the environment when they are disposing of their inhalers and medicines inappropriately.

“Stickers were placed on inhalers by our pharmacy staff to encourage the patient to return their inhaler to a local community pharmacy to reduce their environmental impact. It was also a prompt for staff to have a discussion with the patient/carer around the importance of appropriate inhaler disposal.

“By recycling the inhalers it is much better for the environment rather than incinerating, which we previously did prior to this pilot.”

Oliver Newman, Pharmacy Senior Project Manager, said: “We’re extremely pleased to be the first in Wales to lead on this. With a positive uptake we’re hoping to roll out to other clusters within our own health board dependent on securing additional funding.

“The results of our project are going to be fundamental in assisting Welsh Government’s decision for inhaler recycling opportunities across Wales.”

Rhian Newton, Head of Prescribing and Medicines Management, added: “Success of this pilot is dependent upon the engagement of patients returning used inhalers to their local community pharmacy for recycling.

“The initial trial showed a huge response from patients, and we’re optimistic that will continue for the new pilot.

“We would like to thank patients for their continued support to this extremely important project and for playing their part in ensuring we, as a collective, reduce carbon emissions in line with the green agenda.”