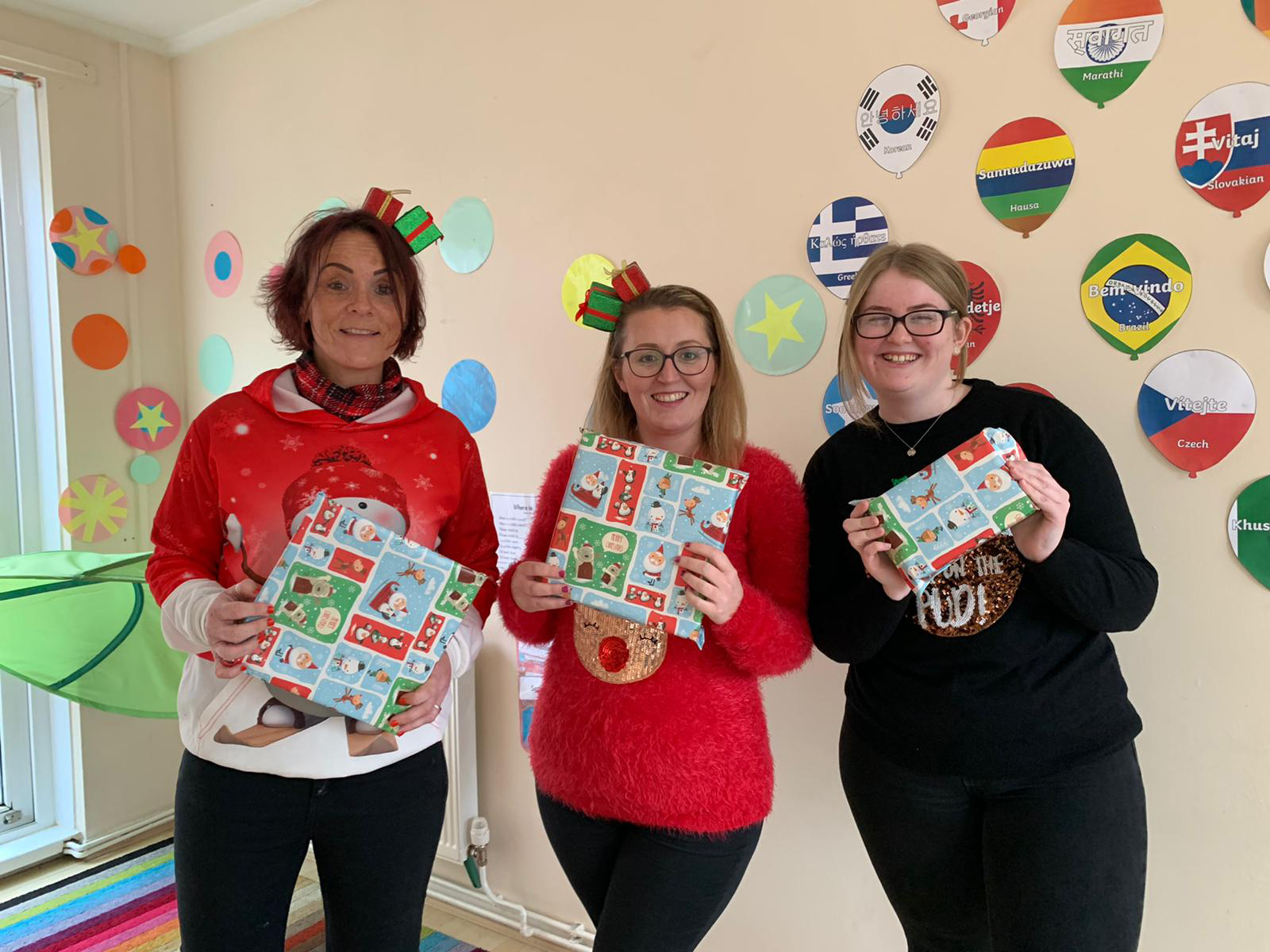 The charity now wants to thank all those involved.

“We’re delighted with the result,” said Faith in Families CEO Cherrie Bija. “It’s made an enormous difference to the Christmases of 500 children in Swansea at a time when so many parents are struggling to provide food and warmth, let along Christmas presents.”

Many local individuals and businesses pledged money in units of £40 “vouchers” to be spent on children’s Christmas gifts by families in poverty in Swansea.

The scheme was designed to empower parents to give children gifts that they had asked for, rather than giving them donated gifts that may not be a perfect fit.

To cut carbon emissions and save parents the expense and time of travelling to buy the gifts, the charity asked each family what they wanted, purchased the requested gifts, and had them delivered to the families’ homes.

The charity received dozens of delighted messages from families after they received their gifts.

One said: “Thank you so much for your kind help. Due to the cost of living I have found it very hard, and your help is amazing.”

Another wrote: “Thank you so much. They will be so grateful. The gifts will mean so much as it has been a few hard months for us, especially the children. The gifts from the scheme will be so appreciated and will make their day even more special.”

The Compassionate Christmas Campaign started life during the Covid pandemic, when the charity could not distribute the usual physical presents. It initially gave out vouchers, but one woman’s story made the team decide to try a new approach for Christmas 2022, and have the gifts delivered directly to each family.

Cherrie Bija explained: “We discovered that one woman living in Portmead had walked all the way to Smyths toy shop to spend her voucher, because she didn’t have transport. She was so grateful to have the opportunity to go into a shop and purchase something that her child wanted, but her story made us realise we had unwittingly made things more difficult for her.

“We decided that for Christmas 2022 we would change the process so that people could donate online, and we would then find out what each family wanted and get the gifts sent straight to them. We really wanted to keep giving the families their choice of present so that each child received a gift that was on their Santa’s list.”

The charity was delighted with the generosity of the donations it received. Among the contributors were Swansea Building Society, who donated £1000, and Swansea.com, who donated £750. Further significant donations came from Tonner Johns Ratti Solicitors, SA1 Solutions, Plexus Fire Security and FSG Services.

Explaining why Swansea Building Society supported the campaign, Jane Parker, area manager for Swansea, Neath and Port Talbot, said: “The Society was delighted to be able to make this donation of £1,000 to Faith in Families. We fully support the charity’s work to tackle issues of poverty and build brighter futures for families in communities across Swansea.

“We hope the gift vouchers we donated to the charity’s Compassionate Christmas Appeal made a positive difference to parents struggling with the cost of living this winter and that they were able to add a sprinkle of Christmas magic to the festive celebrations of the families who received them.”

Speaking on behalf of Swansea.com, Kate Bowen, manager of Morgans Hotel in Swansea, said: “Supporting the Compassionate Christmas appeal with Faith in Families was important to us. Faith in Families is a charity close to our hearts. We have worked with the charity for a few years and understand the wonderful work they do, as well as the challenges the communities face especially at Christmas. Knowing that our help meant that children in our city received a gift that they dreamed of receiving means the world to us.”

Commenting on the donation from SA1 Solutions, Simon Ahearn, the company’s director, said: “We love Faith in Families because we truly believe the work they carry out across Swansea truly makes a real difference to the families and children of Swansea most deprived areas.”

Jemma Merrell, solicitor at Tonner Johns Ratti Solicitors added: “We have supported Faith in Families Swansea for many years as the work they do is inspiring and this year could see how incredible the Compassion at Christmas campaign was in providing direct support in a dignified way for local families which meant that local children in real need were able to enjoy a Christmas especially during the cost of living crisis.”

Following on from the success of the campaign, Faith in Families has high hopes for next Christmas. Between now and then, it has much lined up, with new sponsors and supporters coming on board to support its six cornerstone projects. These include Bonymaen Community Cwtch, Clase Community Cwtch and Teilo’s Community Cwtch, all of which provide a parent and toddler group a lunch club, a breakfast club, after school and summer holiday activities, community events and training courses. Teilo’s Community Cwtch also has an affordable childcare setting.

In addition to this, the charity runs St John’s Centre, a family centre in Brecon that brings together multiple support services under one roof; and two future-focussed projects: Inspiring Futures, which helps long-term unemployed women Build confidence, skills and aspirations and get ready for the world of work; and Brighter Futures, a children’s mental health project.

The charity is now encouraging people and organisations to keep donating throughout the year so that these projects can support more people amid the cost-of-living crisis.

“Once you’re in a trapped in poverty, it’s really difficult to get out of it,” said Cherrie. “We aim to encourage the people who have the power and privilege to understand that there are people in this city who are in real poverty, and to support these people in ways that are truly meaningful.”