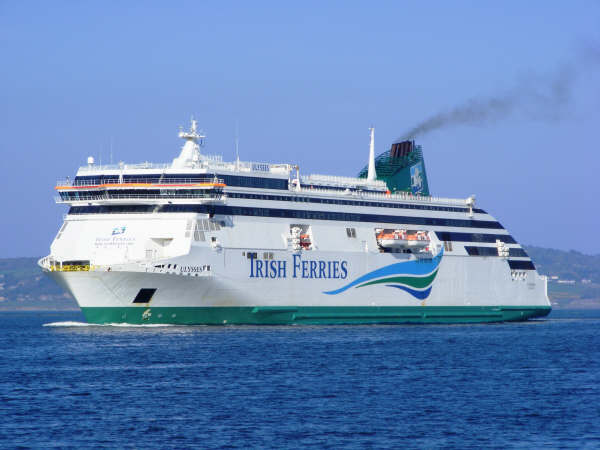 Significant bureaucratic pressures faced by hauliers and businesses trading between GB and the EU is having a disproportionate impact on Welsh ports and action must be taken, Welsh Government Minister for Economy and Transport Ken Skates said today in a letter to the UK Government.

The increased burdens as a result of the UK Government’s approach to exiting the EU has caused hauliers to avoid the “land bridge” between the Republic of Ireland and the continent, with more ferries being put on routes direct from the EU to Ireland.

There are also reports that freight traffic which used to travel between Wales and Northern Ireland via the Republic of Ireland, is now rerouting through the North of England or Scotland direct to Northern Ireland or is not travelling at all.

Low levels of traffic were expected at the start of the month, but as we near the end of the month reductions of between 50 – 70 per cent is of concern.

Ken Skates said: “The Welsh Government is committed to doing what we can to help businesses navigate and become confident with new border processes which have resulted from the choices the UK Government made about how to leave the EU.  These processes are not teething troubles – they are the permanent consequence of the UK Government’s choices.

“The systems involved are the responsibility of the UK Government,  and we need to see detailed support and training to make sure businesses and hauliers are confident using new border processes to keep goods moving as efficiently and effectively as possible.

“Reports of the loss of the Northern Ireland freight transit represents a concern that the processes which UK Government have put in place are not sufficient to prevent disruption to traffic between Northern Ireland and Wales, which is unacceptable.

“I have written today to the UK Government to ask what their plan is for reversing this consistent reduction in Welsh ports.  They must also outline how they propose to compensate those communities most impacted by the policy approach they have chosen.

“Welsh ports are the quickest and most efficient route between Ireland and the UK, and onward to the EU.  I call on the UK Government to take action now to ensure these strategically important routes and the communities which depend on them are supported and protected.”