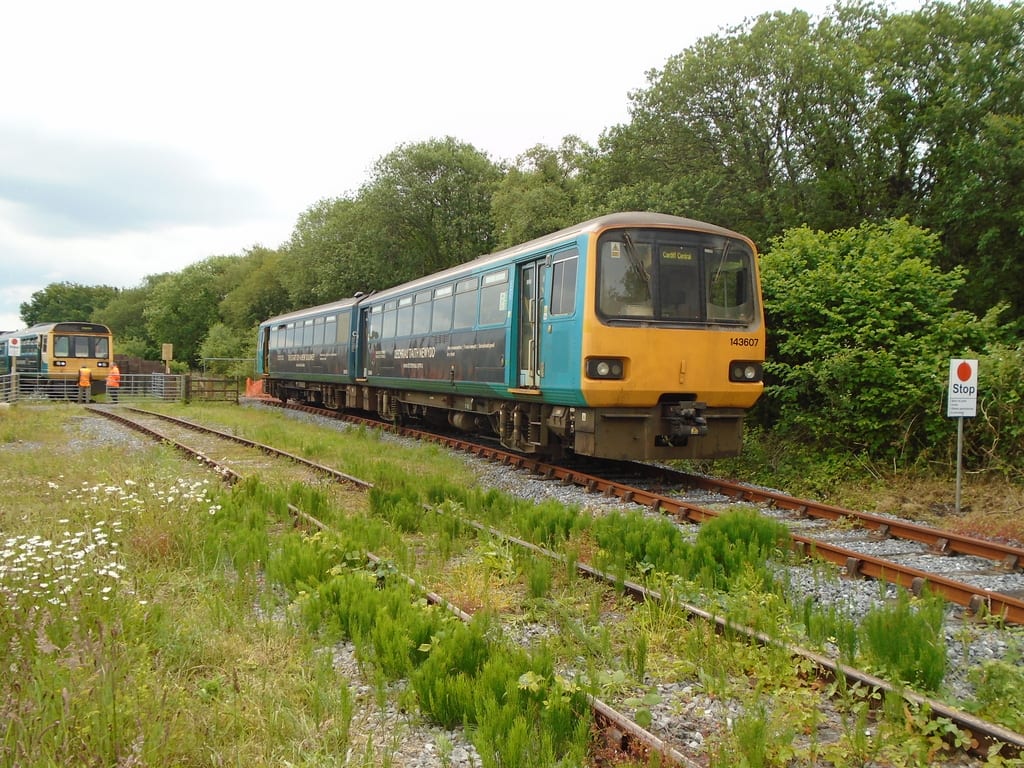 The Llanelli and Mynydd Mawr Railway held its first post-pandemic open day at its base at Cynheidre in the Gwendraeth Valley on Saturday (26 June).

The volunteer-run heritage railway recently acquired three former Transport for Wales Class 143 ‘Pacer’ trains, which ended their 30 years in service back in May having operated the equivalent of over five trips to the Moon and back during their working lives.

The open day featured the first public use of one of the trains, with pre-booked and socially distanced rides on the restored quarter mile of track.

A spokesman from Llanelli and Mynydd Mawr railway said: “We are very pleased with the attendance. Everybody had a good time and our procedures seemed to work well. We now look forward to the next running day on the last Saturday of July”.

Future plans for the railway include a ‘Pacer Gala Day’ featuring all three units now based on the line. This is provisionally planned for the last Saturday of August.