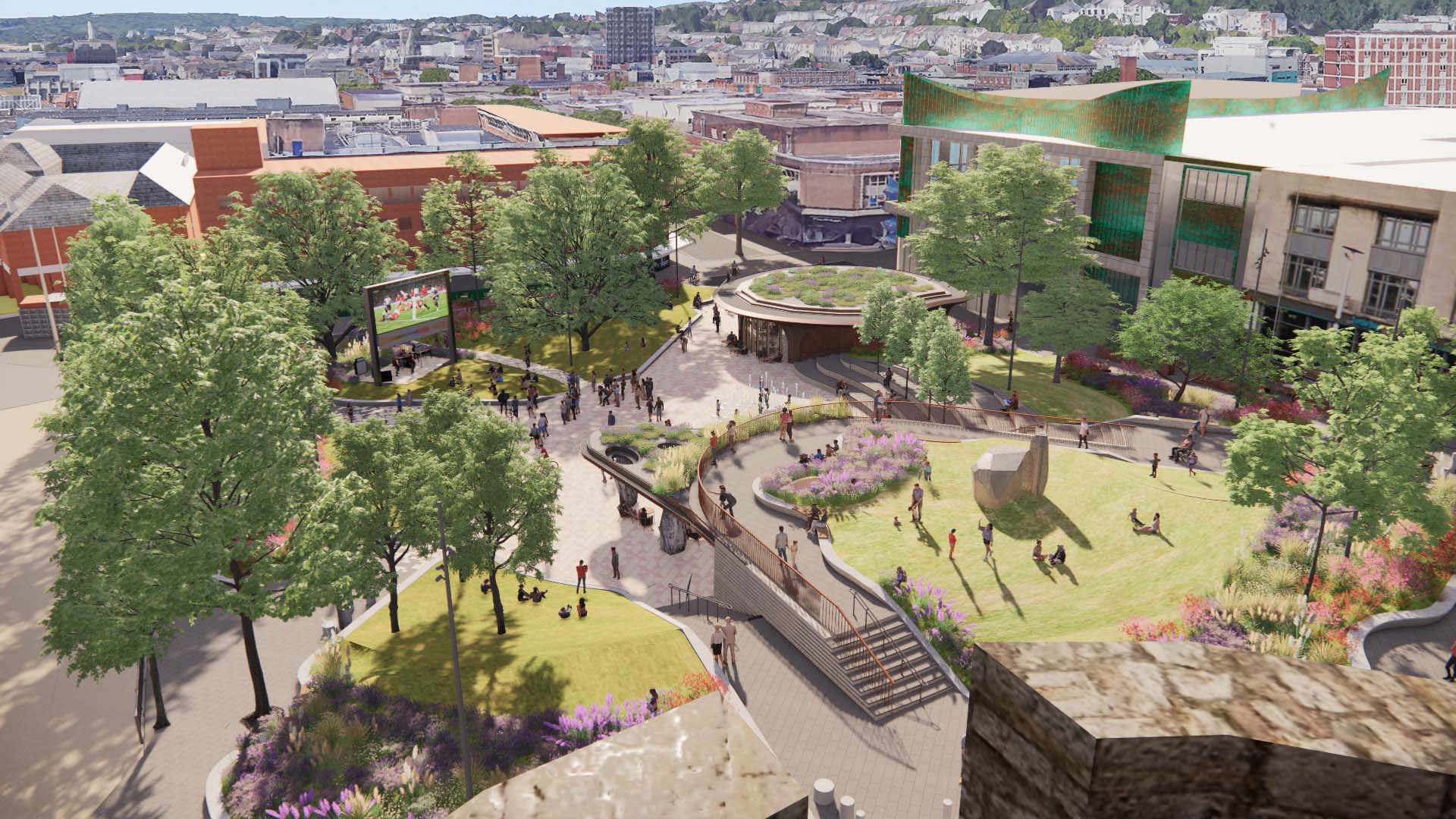 Residents and business are being given a final say on plans to revamp Swansea’s Castle Square as the council submits planning application for the changes.

Swansea Council say public feedback from earlier rounds of consultation was taken into account when designers created the new look for the location that’s a focal point at the heart of the city centre.

The proposals include an increase in the number of trees and greenery, including new lawns, ornamental and biodiverse planting.

The addition of two pavilion buildings for food, drink or retail businesses – one with an accessible green roof

A new water feature for interactive play, a new giant TV screen above a bandstand-style facility and new outdoor seating areas also feature in the design.

The plans include new planters, steps, seating, lighting and paving. The existing leaf boat feature would be removed to another suitable Swansea location in consultation with the original artist.

The planning application states that the commercial elements – including restaurant units with outdoor seating – would aim to increase the location’s vitality and encourage people to stay longer.

Castle Square would continue to host public and creative events through the year. The planning application shows no net loss of useable public open space.

The design document goes on: “Any new building and enhancements must be of a high quality design, accessible and sustainable, and complementing Swansea’s central area and its heritage.”

The plans suggest that the new-look square could bring the opportunity for future nearby enhancements. These could include a more people-friendly Caer Street and improved landscaping and lighting for the castle.

The neighbouring Wind Street has already been improved as a largely pedestrian area – and at the other side of Castle Square a new public services hub, with library, is planned for the former BHS and What! store.

ACME were behind the designs for Swansea’s, now iconic Copr Bay bridge over Oystermouth Road.

Planning consultants Savills have been working on Castle Square on behalf of the council which is driving a £1bn regeneration of Swansea.

As part of the formal planning process for this development the public can have their say on the planning application consultation until September 5. Swansea Council say they’d like as much public feedback as possible.

“Two new pavilions are embedded into the existing landscape with green roofs above.”

The Castle Square proposals can be seen online.