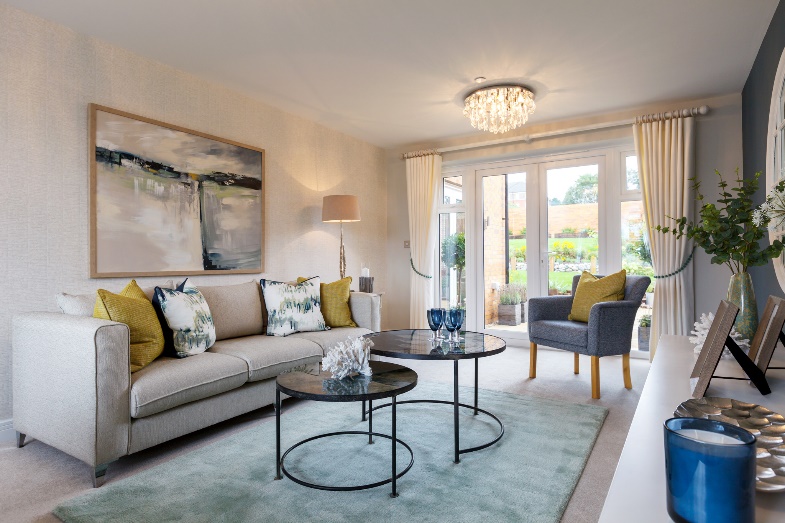 Homebuyers have had their first chance to look around two showhomes at a new Bellway development in Penllergaer.

Bellway Wales is building 184 new homes at Parc Mawr, off Brynrhos Crescent to the south of the village.

The three-bedroom Shipton and four-bedroom Wenvoe showhomes were opened over the first weekend in September, giving potential buyers the chance to get a feel for the homes being built and what it might be like to live there.

The development will include 147 two, three and four-bedroom houses for private sale and 37 affordable homes available for local people through shared ownership or rent, as well as public open space, including a children’s play area.

Rhodri Davies, Sales Manager for Bellway Wales, said: “The launch of the showhomes at Parc Mawr was a real success. Opening a showhome is a key moment in the progress of the development and it has generated a great deal of interest here.

“People took the opportunity over the open weekend, and since then, to come and have a look at what a new home in this lovely village location might be like.

“The varied nature of this development, with different houses styles and sizes, is already making it very attractive to a range of buyers.

“Young families are happy to see that Penllergaer Primary School – which received an excellent rating in all categories in its most recent Estyn inspection – is just a walk away.

“Meanwhile, commuters have noted the easy links to Swansea, just a 15-minute drive away, while it’s just a mile to junction 47 of the M4 and five miles to Gowerton railway station.

“Work is progressing well on the site and the first homes have already gone on the market with the first residents set to move into their properties in the new year.”

There’s currently a selection of four-bedroom homes for sale at Parc Mawr, priced from £329,995, with a choice of two and three-bed houses due to be released for sale soon.

Lead image: An indicative photo of living room of a Wenvoe showhome, one of the showhomes open at Bellway’s Parc Mawr development (Image: Bellway Homes)