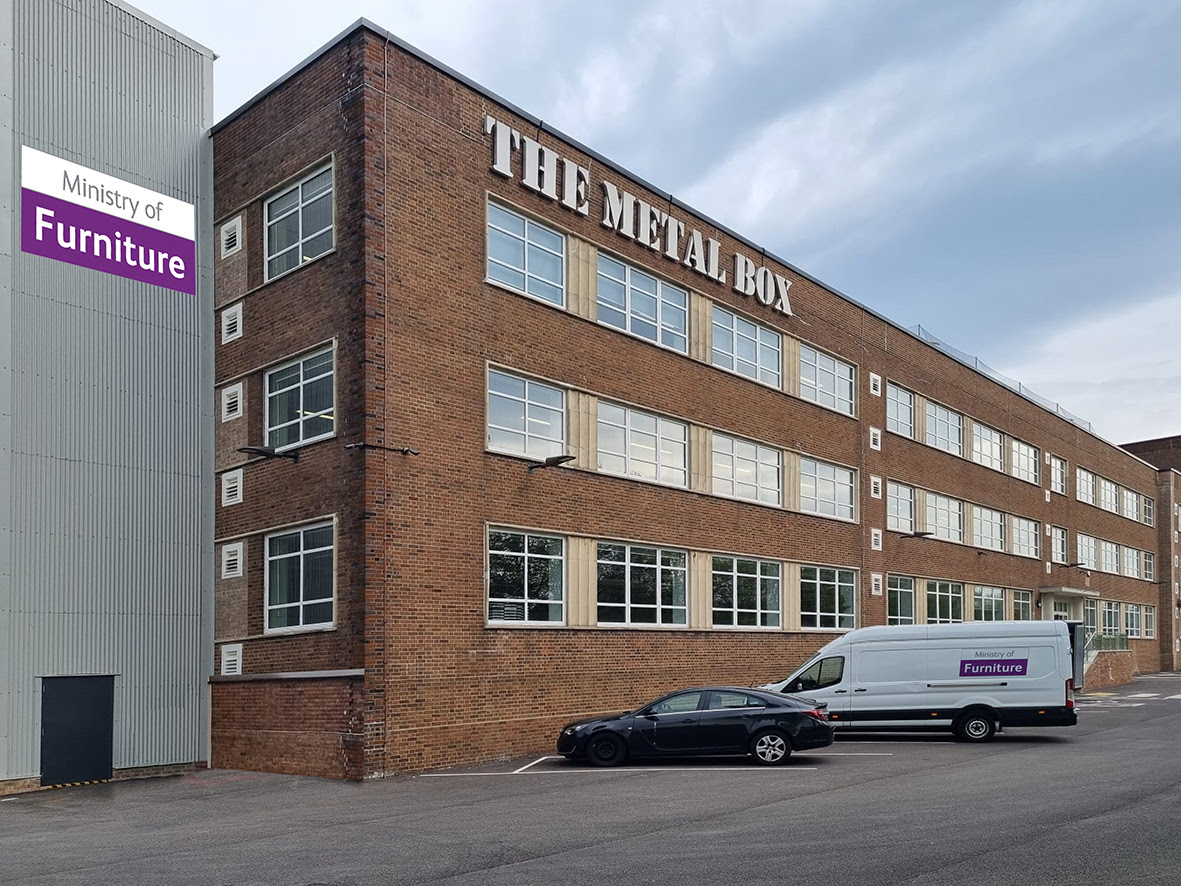 Welsh legends Max Boyce and James Hook will complement a swathe of business leaders and dignitaries at the official unveiling of the revamped and restored Metal Box Factory, one of the most historic and iconic industrial buildings in South Wales, as ambitious plans for its future are revealed.

At a special event on Thursday October 13, the celebrities will attend an official open day hosted by Ministry of Furniture and SO Modular, two of the key companies responsible for the regeneration of the site. The event will also be attended by the many stakeholders interested in the future economic prosperity of the region.

At the event, ambitious plans for the site will be discussed, which will involve bringing the building and its grounds closer to the local community.

The event will focus on “Y Dyfodol – The Future” with speakers sharing their insights into 21st Century education buildings, investment, regeneration, job creation and the hidden challenges of agile and hybrid working. Guided tours will be available, including around SO Modular’s extensive site where timber frame modular homes are constructed.

The Metal Box Factory in Neath, locally as “The Box”, was occupied for more than 70 years and was a core employer in the region. Previous occupier the Crown Packaging Company closed in 2016. It was then vacant until 2019 when a deal between local timber frame and offsite construction specialist SO Modular and Neath Port Talbot Council kickstarted the regeneration of the 55-acre site.

SO Modular has invested over £10 million in acquiring and regenerating a large part of the iconic site in Neath. The company, which currently employs around 150 people in Neath, anticipates it will double its workforce in conjunction with its expansion to the site. The move will allow SO Modular to increase its capacity to 3,000 homes per year.

More recently, Ministry of Furniture, an education & workplace interiors specialist, took a further 8,000 sq ft of space over two floors on long-term lease from Neath Port Talbot Council. It has plans to take a further 40,000 sq ft of manufacturing space in the future, supporting further expansion and new jobs.

Other parts of the massive site have been taken by The Safety Letter Box Company and Vortex, part of Marston Holdings, a company at the forefront of smart city technologies, which builds environmental sensors, networks and data solutions to support decarbonisation efforts globally.

Graham Hirst, Managing Director, Ministry of Furniture, said: “Our move to what is an iconic building in the area represented a pivotal moment in the company’s history, but we now want more. In addition to further developing our business and expanding our offering, we also want to help develop the site, so it once again sits at the heart of the community in the region.

“Once upon a time, this was a vibrant hub with local sports teams and other community groups all using the space. We want to play a part in making that a reality again. Along with the other companies operating from this space, we have devised some exciting plans that will be unveiled at this special event in October.”

Charlotte Hale, Director of SO Modular, said: “For us as a company, this space has allowed us to keep pace with demand while pushing an environmentally friendly agenda, both in terms of the style of construction we champion and in terms of how we will regenerate the site itself. But it has also always been about making a significant investment that will benefit the local economy.

“Our aim was to create a sustainable, redefining building that restores the site to its former glory but in an innovative and eco-friendly way; we want it to be a landmark of the town again, which the community can be proud of, while also benefiting the local supply chain and keeping jobs and money in the region.”

Click-and-collect economy worth over £1.44bn in Wales says new report