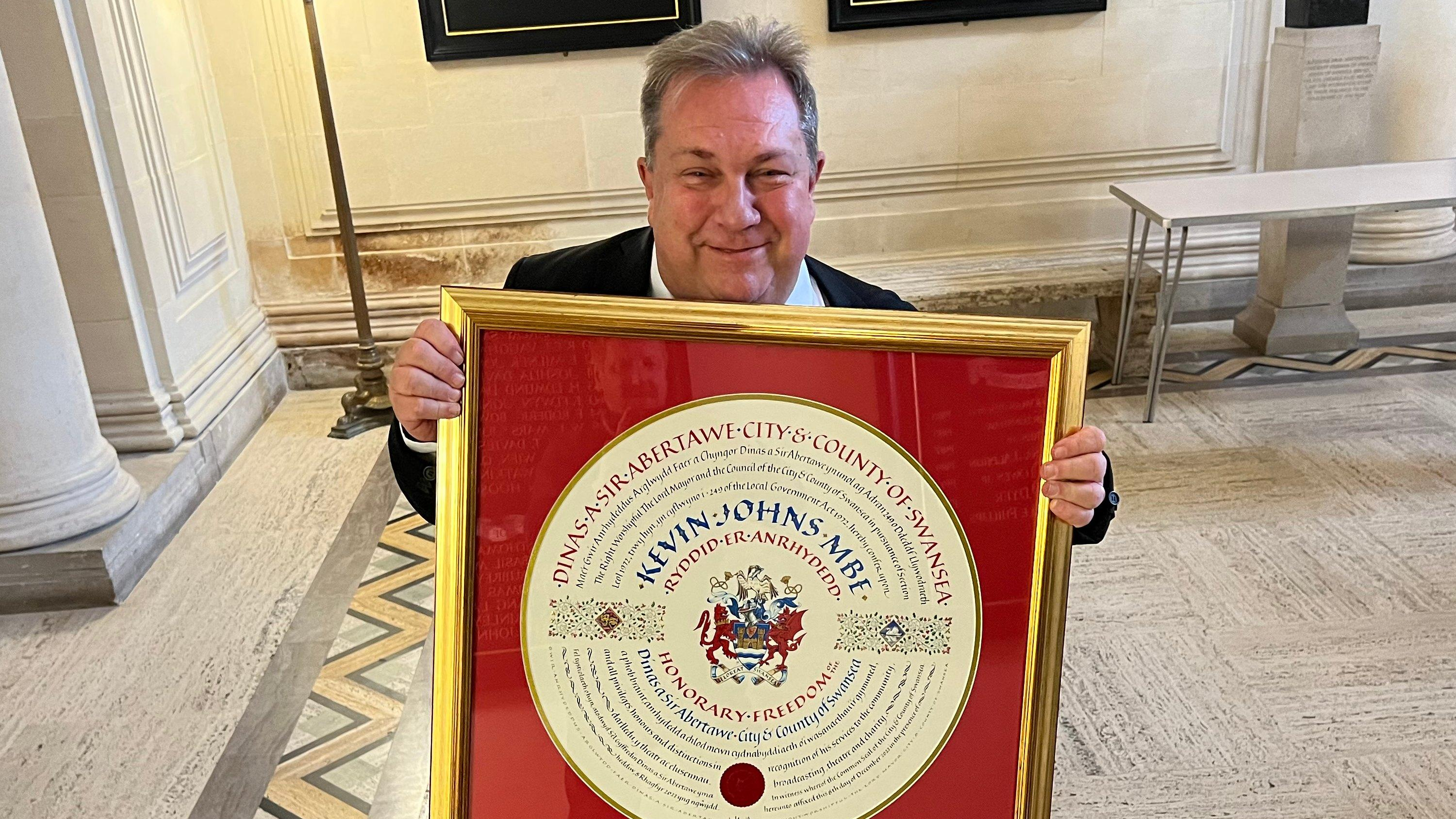 Swansea panto stalwart Kevin Johns MBE has been awarded the Honorary Freedom of the City.

Mr Johns was honoured for his charity work and for being an ambassador for the city at a ceremony at Guildhall on December 8.

Mr Johns follows Catherine Zeta Jones, rugby legend Alun Wyn-Jones and a host of others who’ve had the honour down the years.

Rob Stewart, Leader of the Council, said: “While he’s in the public eye a lot, there’s also much Kevin does behind the scenes to support people in need and that’s one of the reasons why he deserves this award.

Cllr Stewart said: “It’s also Kevin’s 30th year in panto so it’s appropriate that he should be awarded the Freedom of the City this year, before his run as Nanny Penny in Beauty and the Beast at the Grand Theatre.”

While Mr Johns is probably best-known for his starring roles at the Grand Theatre panto, he’s also played leading roles with the Wales Theatre Company and the Fleullen Theatre Company. He’s also been a fixture at the Swansea.com Stadium on Swans match days and is a well-known broadcaster.

He was also directed by Michael Sheen in the National Theatre of Wales’s production of The Passion, appearing as the MC of the Last Supper.

As a supporter of many local charities, Mr Johns is president or patron of Swansea-based charities including the Rising Starts Theatre Company, Swansea Male Chor and Friends of Stepping Stones.

He was appointed an MBE for his services to charity in the Queen’s Birthday Honours 2013.