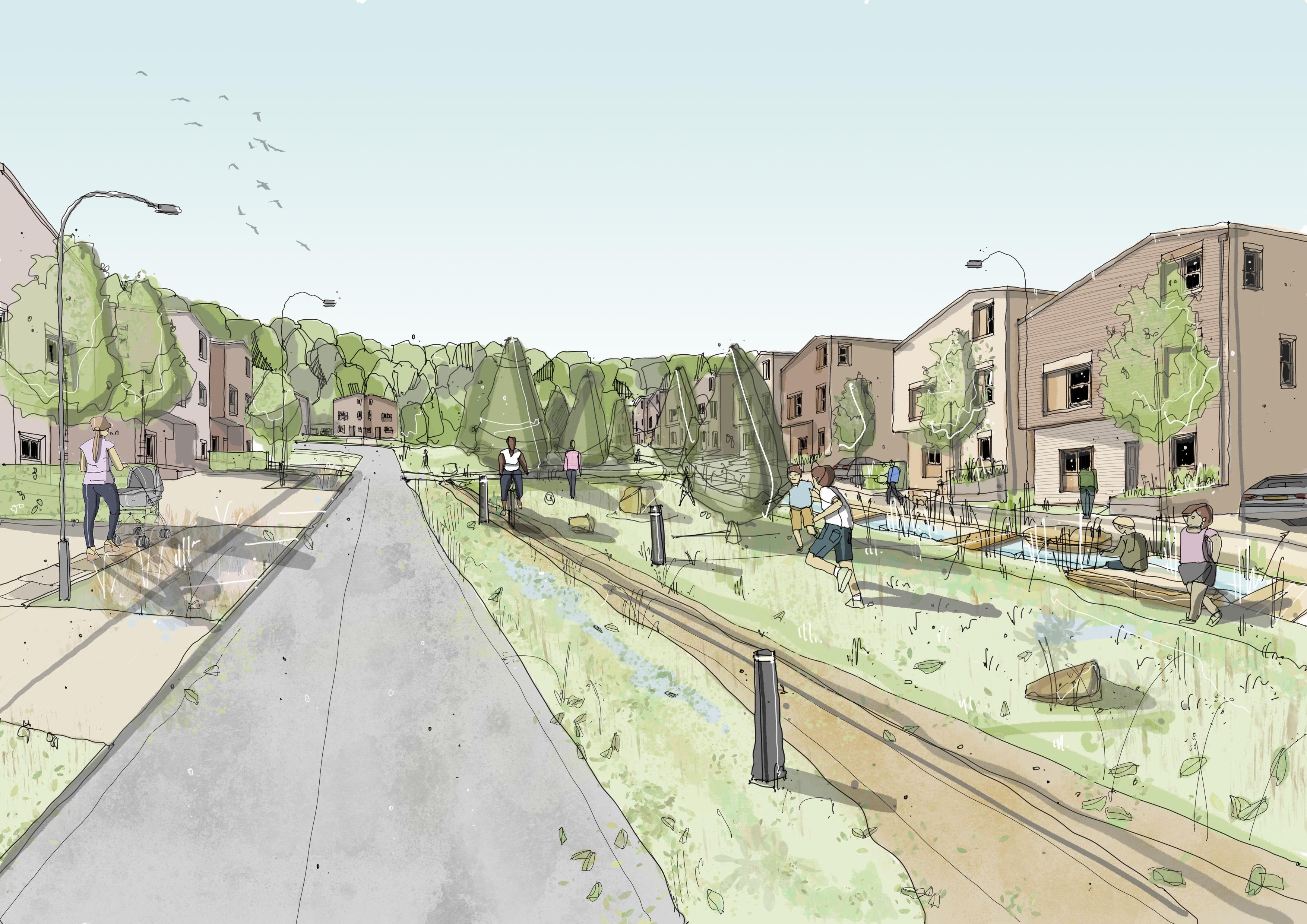 A number of sites have been identified along Brokesby Road in Bonymaen where the new homes could be developed, which the council say would create a new modern community and tackle the increasing housing shortage in the city.

Residents in the area will get a glimpse of the project at an exhibition being held where locals can see the early plans and give their views.

The Council say they will be seeking to replicate the sustainable qualities already established at other locations across Swansea where new council homes have been created, including sites in Birchgrove, Blaenymaes and Clase.

“It’s no secret that councils throughout the country are under pressure because of the shortage of housing for families and single people.

“We’ve identified a number of sites that were formerly used for housing and have engaged with architects to develop a master plan for these sites – which illustrate our future vision for building more homes.

“Our aim will be to secure funding so we can make this vision a reality and create more than 100 new homes in the Bonymaen community. All the homes will be energy efficient and make use of innovative new technologies to keep energy costs low.

“The plans also seek to create safer communities, including more green space and play areas for families to enjoy.”

Residents nearby will now get the chance to view the plans at a locally held exhibition and will be able to speak with the council’s housing teams about the plans.

In the last few years, dozens of new council homes have sprung up across the city with the Council embracing new technologies to make the homes some of the most modern in Wales.

The latest development at West Cross, involving the development of six energy efficient bungalows, is set to be completed in the next few months with new tenants expected to move in once completed.

Cllr Lewis added: “The new homes at West Cross are another example of our commitment to create new homes in the city, using modern energy saving technologies.

“We’re excited to be completing this scheme in the coming months and to see new tenants move in.”