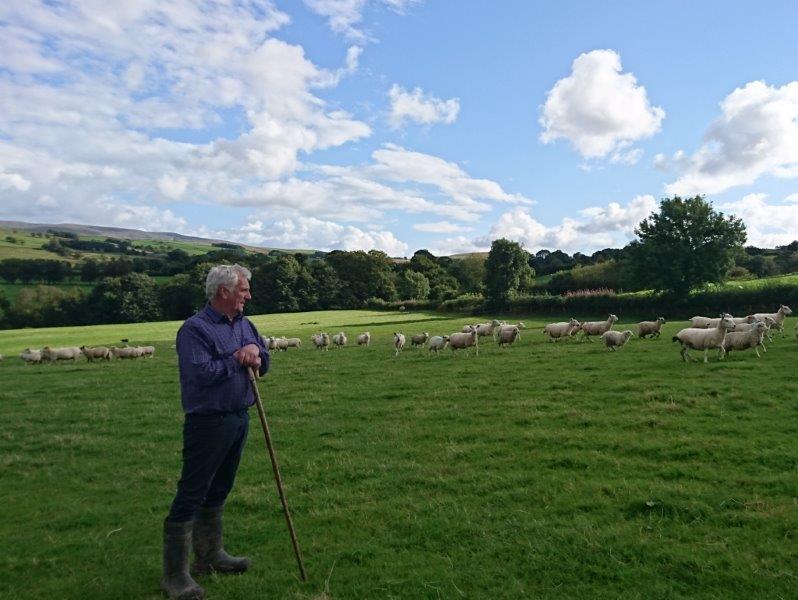 The increase in New Zealand’s import quota for sheep meat in year one of new trade agreements signed by the UK and EU is more than forty times higher per head of population in the UK compared with the European Union-demonstrating the failure of the UK Government to protect UK agriculture in trade negotiations, says the Farmers’ Union of Wales (FUW).

An EU-New Zealand trade deal recently agreed in principle would allow an additional 5,429 tonnes of sheep meat to be imported duty-free into the EU in year one of the agreement, whilst the equivalent figure for the UK in the deal announced in February this year is 35,000 tonnes.

“The UK increase in duty free quota for New Zealand sheep meat would be almost six and a half times higher in year one than what has been negotiated by the EU,” said FUW President Glyn Roberts.

“However, when you take account of the fact that the population of the EU is nearly seven times higher than that of the UK, the increase per consumer is 43 times higher in the UK than in the EU.”

Mr Roberts said that another way of looking at the figure was that the EU had fought forty times harder for its sheep industry than the UK during its trade negotiations with New Zealand.

While both the UK and EU deals would ultimately increase tariff-free quotas for sheep meat by year seven of the agreements, the difference between consumer numbers means the total volumes that could be imported per head of population would be almost seven times higher in the UK than in the EU.

“As if this is not bad enough, the UK deal ultimately allows unlimited amounts of sheep meat to be imported, whilst the EU has set a cap on imports,” said Mr Roberts.

Similar differences between ratios and protections exist for other key products covered in the two trade deals.

For example, in years one to seven of the EU-NZ deal, the additional quantity of beef that could be imported to the EU would rise from 3,333 tonnes in year one to 10,000 in year seven-but at a reduced tariff of 7.5%; by comparison, the UK has agreed to an additional 12,000 tonnes of beef being imported to the UK duty free in year one, rising to an unlimited amount after year ten.

For cheese, the UK has agreed to an additional duty-free quota of 24,000 tonnes in year one, rising to 48,000 by year five, after which there would be no limits on imports-compared with an EU provisional agreement to allow an increase in the duty-free import quota to 25,000 by year seven, but with no ultimate full trade liberalisation.

“The UK’s own figures have shown that the benefits to the UK economy of the deal with New Zealand are vanishingly small, with our GVA estimated to grow by just 0.03% and average wages to rise by just pennies a week as a result of the deal.

Meanwhile, the same UK Government assessment estimates that the GVA of the categories into which farming and semi-processed foods will fall by £132 million as a result of the deal.”

“The comparisons between the EU and UK deals demonstrate how the UK Government has failed to fight for the interests of our farmers, food producers and food security in its trade negotiations, despite having significant bargaining advantages,” said Mr Roberts.

“The UK Government has sold important protections for food and agriculture down the river in exchange for trade deals that are of vanishingly small benefit to the UK,” he added.

The Trade (Australia and New Zealand) Bill currently passing through the UK Parliament would, if passed by MPs, give the UK’s final seal of approval to the UK-New Zealand and UK-Australia trade deals, but the International Trade Committee has criticised the UK Government for triggering the statutory scrutiny period for the Bill despite giving assurances that the Committee would be allowed sufficient time to publish a report beforehand.

The Committee also asked the Government to meet its commitment to allow a debate on the UK-Australia agreement and to either extend the statutory period or give the House of Commons the opportunity to extend it by passing a motion resolving that the treaty should not be ratified. However, the Government has declined to use its statutory power to extend the scrutiny period under the Constitutional Reform and Governance Act 2010.

“In addition to having failed to negotiate a trade deal that is in our nations’ interests, the Government appears to want to avoid the scrutiny such deals are allowed in any other democracy in the world by railroading the legislation through Parliament,” added Mr Roberts.