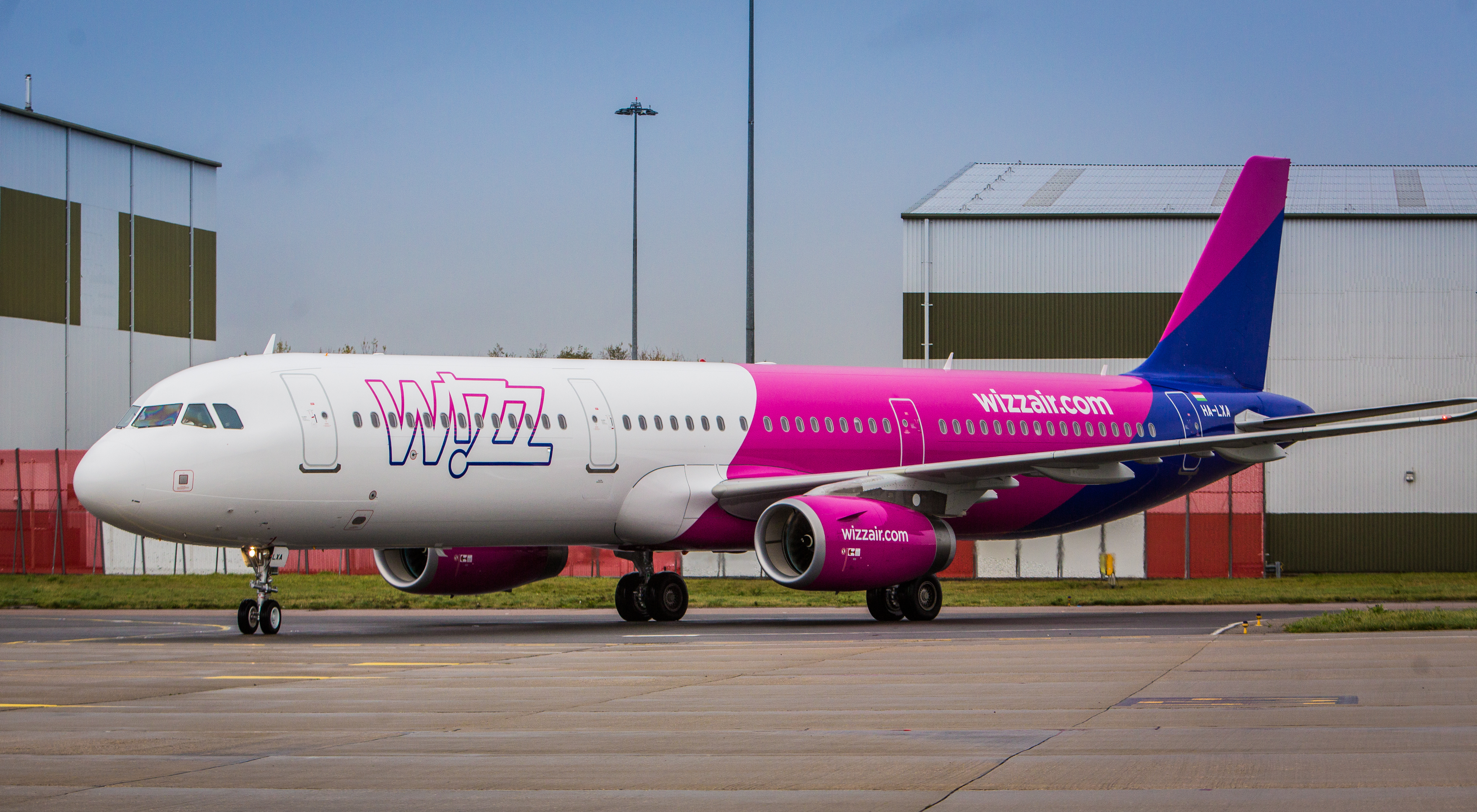 Popular low cost airline Wizz Air has announced that it is cancelling most of its flights from Cardiff Airport between September and April.

Around 40 of its staff are being offered positions at other UK airports over the Winter.

The airline blamed the “challenging macro-economic environment” for the cuts, which kick in from 19 September.

Wizz Air will continue to fly from Cardiff to Milan and Bucharest as part of its Winter schedule launching on 30 October.

Marion Geoffroy, managing director, Wizz Air UK, said: “We are very disappointed to have to suspend several routes from Cardiff Airport for the winter season.”Though these routes have proved popular through the summer season, it would not be commercially viable to continue to operate them through this coming winter due to the challenging macro-economic environment. This leaves us with no option but to pause these routes until next spring.

“We are deeply sorry for the inconvenience this will cause customers who already booked flights with us. We are in touch with all affected customers to explain their options.The airline currently bases a single Airbus A321neo at the Welsh gateway with up to 40 staff.

Cardiff Airport announced the launch of Wizz Air to great fanfair in December 2020, however due to the pandemic flights did not actually start until April 2022.

Spencer Birns, Chief Executive Officer of Cardiff Airpot, said: “It is disappointing and frustrating for our customers whose travel plans are disrupted as a result of Wizz Air’s reduction of operations at Cardiff Airport over the winter, which we understand is due to economic factors.

“We have seen great demand for travel to and from Wales this year and our teams have been working really hard to ensure our customers have been able to take safe journeys through the Airport facilities with minimal disruption.

“We remain confident that the people living in Wales really want to make use of flight services that are cost effective and convenient. Our efforts to work with airlines to deploy more capacity on high demand routes will certainly continue.

“The announcement today of the two new routes to Italy and Romania commencing this autumn along with the summer 2023 schedule is welcome news. We look forward to Wizz Air increasing its operations to popular holiday destinations from Cardiff again next spring”.

Julie James MS, Welsh Government Minister for Climate Change, said: “Whilst this is disappointing news for Cardiff Airport, the airline has stressed to the Airport Board that this is a temporary change to its operations at Cardiff Airport, which was launched in April this year, following a 12 month delay due to the pandemic, and that it remains committed to resuming its scheduled summer timetable from Cardiff Airport from April 2023.

“Despite this difficult commercial decision, I welcome the news that Wizz Air will continue to offer services from Cardiff over the winter season to Milan and Bucharest.”

Welsh Conservative spokeswoman for transport Natasha Asghar MS said: “This is incredibly disappointing news for Cardiff Airport, which has already seen falling passenger numbers and continues to make a loss.

“Wales needs an airport that will attract airlines in order to boost the economy and show Wales off to the world.

“Labour ministers need to monitor the situation and provide urgent clarity as to when the services will resume and what alternative routes are being planned from other airlines”.

Free waterfall park and ride returns for the Summer