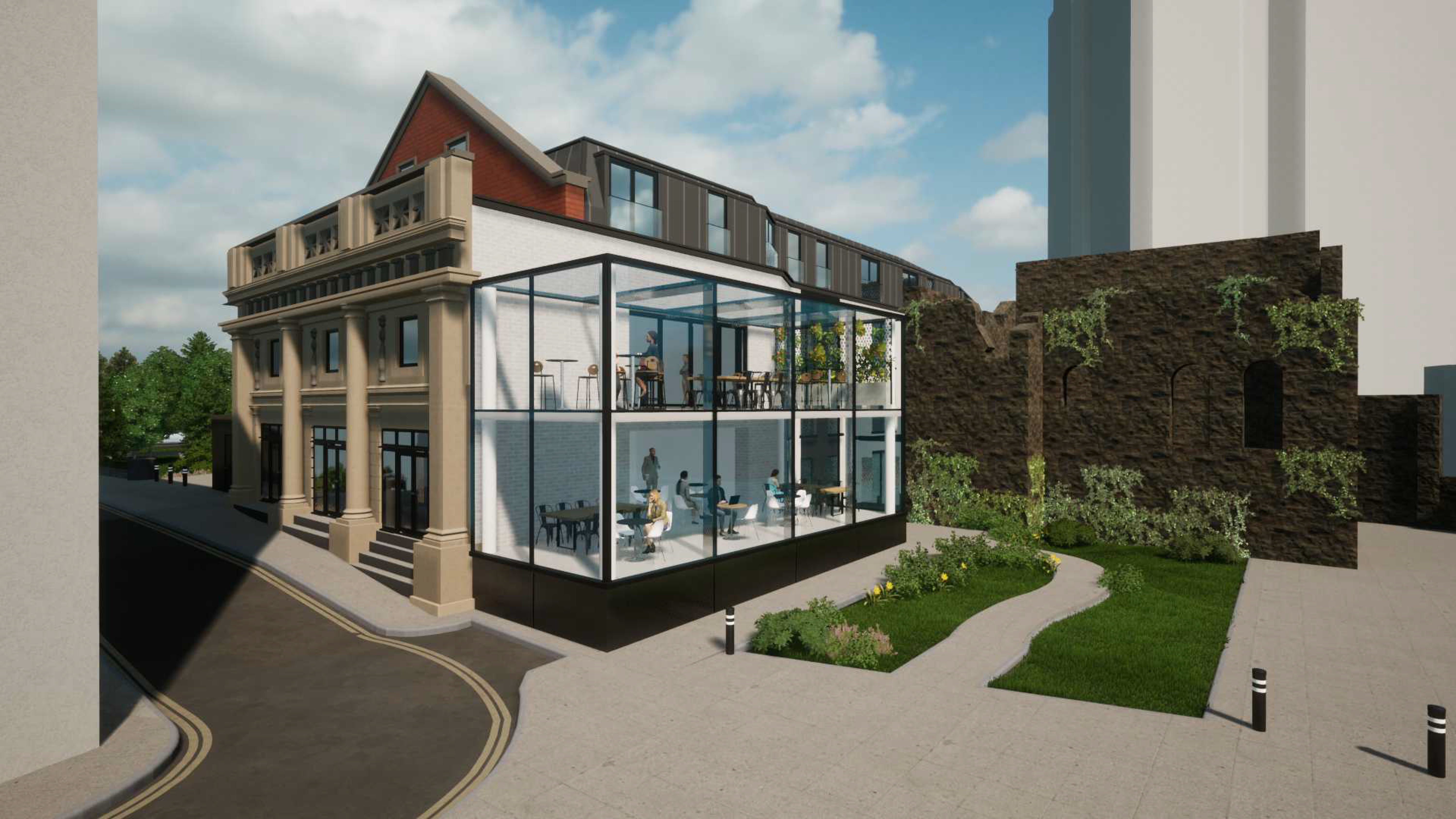 New images show what Swansea’s historic Castle Cinema could look like if proposals to transform the building into ground floor retail with 30 apartments above go ahead.

The building was sold just over a year ago with outline planning permission for 58 student bedrooms and 3 commercial units, however these proposals look to have been scrapped.

The new proposals for the Grade II listed building, which include a partial demolition of the roof, are by Easy Living Ltd who have launched a pre-planning consultation on their proposals prior to submitting detailed plans to Swansea Council.

The site, next to the Grade I listed Swansea Castle, is in a prominent position opposite the city’s Castle Square, which the council has its own plans for transformation.

No on-site parking is proposed due to the building’s central location and easy links to public transport. Room for cycle storage on the second floor is proposed however.

Castle Cinema originally opened in December 1913. It was the only building left standing in the vicinity of Swansea’s Castle Street after the Nazi German Luftwaffe bombing raids during the Second World War.

It had a short-lived new lease of life in 1982. The acquisition of Cardiff-based Circle Cinema saw it show Hollywood blockbusters once again.

The opening of the nearby UCI multiplex cinema, now Odeon in Parc Tawe in 1988 however, saw cinema-goers head to the more modern facilities.

The building ceased to be a cinema in 1991 when Laserzone took over the building.

The consultation is being run by planning experts Asbri Planning, and is open until 9 November.