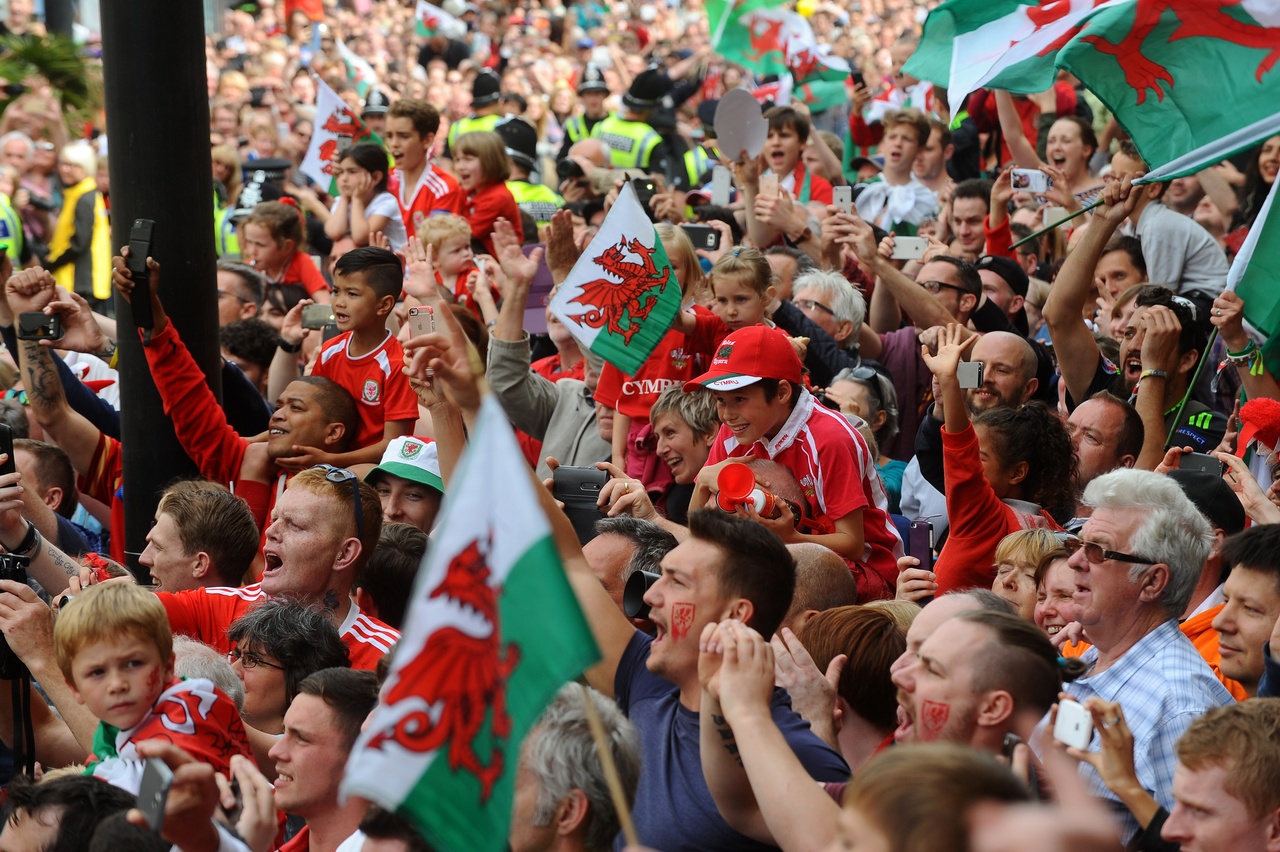 New Census data has revealed that Wales saw a 4% decrease in the numbers of Welsh speakers over the past decade.

Pembrokeshire saw a 10% decrease in Welsh speakers over that period, with data showing 20,626 people spoke the language – 17% of the county’s population.

Carmarthenshire saw a 7% decrease in Welsh speakers, however the 72,838 people who speak the language make up 39% of those living in the county.

Swansea saw a smaller 1% decrease in Welsh speakers, with 25,986 speaking the language, however this makes up just 11% of the city’s population.

Neath Port Talbot saw the region’s largest decrease in Welsh speakers, with 11% fewer people speaking the language – that’s 18,662 people, 13% of the population of the county.

Bridgend recorded 13,037 Welsh speakers, down 1% on 2011 figures, but this represents just 9% of those living in the county borough.

Among children and young people aged 3 to 15 years, the percentage who could speak Welsh decreased in all local authorities between 2011 and 2021.

Jeremy Miles, the Welsh Government’s Minister for Education and the Welsh Language said: “Today’s census figures are of course disappointing and not what we wanted to see.

“Census 2021 shows us one snapshot of what’s happened over the last ten years. We’ll look at those results in detail alongside all the other statistics and research that’s available to us.

“I’ve often said that Welsh isn’t just something I speak, it’s something I feel, and I feel more and more people feel that the language belongs to them. The key is changing those feelings into language use.

“We’ll take time to examine the data carefully, in particular the figures relating to 3-15-year-olds. COVID-19 meant that 2021 was an extremely uncertain time, with many people concerned about their children’s Welsh language abilities, children were out of school, and it may be that we are seeing this concern reflected in the way they reported their children’s use of Welsh.

“The National Survey for Wales shows an increase in people saying they speak some Welsh. This contrasts with the census figures released today. This is also something we will look at carefully.

“I’ve previously said that I’ll review our statistical trajectory in light of the census data to look at what more we can do to support people to speak more Welsh in their daily lives. As part of this, I’ll want to talk with people all over Wales in the New Year. But we remain absolutely committed to our aim of a million Welsh speakers and doubling the number of us who use Welsh every day by 2050.

“The census shows us what has happened over the last ten years up to 2021. Cymraeg 2050 has been in place for less than four years of that period, and much of that time was affected by COVID-19. We’ve got good reasons to be optimistic about the next decade. Cymraeg belongs to us all in Wales. Today, we see more children in Welsh-medium education, more opportunities to learn Welsh, and greater pride in our language and our identity than ever before.”

Chairman of Welsh language body, Cymdeithas yr Iaith, Robat Idris commented: “The Government has declared the intention to aim for a million speakers, but hasn’t taken the action needed to ensure growth.”

“Today’s results show that an urgent change of gear is needed – one practical thing the Government can do now is to set a goal in the upcoming Welsh Language Education Act that all children will be educated through the Welsh language in future.

“Setting a clear path towards Welsh-medium education for everyone will ensure that future generations become confident Welsh speakers, and we can then expect to see some positive change from the 2031 Census.”

Mr Idris added: “Even more serious than the decline in the total number of Welsh speakers is the fact that our Welsh language communities are under increasing pressures as local people are forced to leave due to a lack of homes that are affordable on local wages.

“We need a Property Act that will regulate the housing market, give more power to our communities and prioritise local people in housing.

“Is it any wonder that we’ve seen a decrease in the number of Welsh speakers? At the moment, 80% of our young people leave school unable to speak Welsh.

“Considering the language’s history, concrete action is needed from the Government if they are serious about revival. There are practical things they can do straight away – Welsh-medium education in all schools and a robust Property Act would transform things for the language at grassroots level and create the change needed to start turning the tide.

“The decline of the Welsh language is by no means inevitable, but the Government needs to act.

“The Government and local authorities also need to consider the Welsh language in all policy areas, and not leave language revitalisation efforts to specific language officers or departments. Reviving the language is a major effort that requires action across all policy areas”.

Welsh Conservative Shadow Minister for the Welsh Language, Samuel Kurtz MS said: “This is a deeply disappointing statistic that shows the Labour Government is further off meeting its Cymraeg 2050 ambition than it was when it set the target of reaching a million speakers in 30 years’ time.

“What lies behind this? Self-reporting is a flawed model of measurement, and with such a long term strategy, with responsibility being handed from Minister to Minister as we approach 2050, there is little accountability around decisions impacting the language.

“While we fully support the ambitions of the Cymraeg 2050 target, the Census’ data shows the stark reality of a tired Government, in power for too long and out of ideas.

“Positivity around the language, showing that it is cool, modern and useable in day-to-day life is that way we can ensure the most beautiful language on Earth can flourish in its homeland.”

Hundreds at event to bring Christmas cheer to those in need