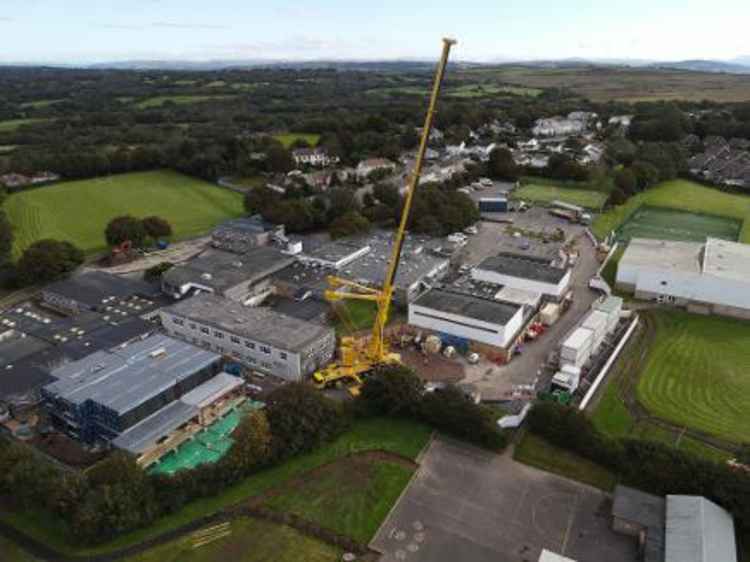 A new two-storey extension that includes science labs and a state-of-the-art drama studio is ready to use when pupils at Bishopston Comprehensive are able to return to lessons.

The completed block is phase one of a £13.8m major refurbishment and remodelling of the school.

Contractors Kier Western Ltd have handed over the new block to the school and will now move on to phase two at the front of the site.

The development, which is on track to be completed by the end of 2022, is being jointly funded by Swansea Council and the Welsh Government under the 21st Century Schools and Colleges Programme.

It is part of a £150m programme to improve school facilities across Swansea – the largest ever investment in school buildings in Swansea.

Headteacher Jeff Bird said: “We are tremendously excited to open this fantastic facility which will add enormously to our whole school community I’m sure our pupils and staff are looking forward to making the most of the new facilities when they return.”

There are four science labs along with a new science prep area on the ground floor.

The second floor boasts the drama studio, a new business studies classroom and two large art studios although these will initially be used as general classrooms while refurbishment is ongoing in other areas of the school.

Cllr Jennifer Raynor, Swansea Council’s Cabinet Member for Education Improvement, Learning and Skills, said: “The modular block looks superb and will make a real difference to pupils and staff when they return.

“I’d like to thank Kier for the excellent progress they are making on the project and for working so closely in partnership with the school to deliver these new facilities with the minimum of disruption. “Bishopston is the latest in a long list of schools in Swansea to see significant investment in recent years and I would like to thank our colleagues in Welsh Government for their continued support and I look forward to showing ministers around once work is completed.”