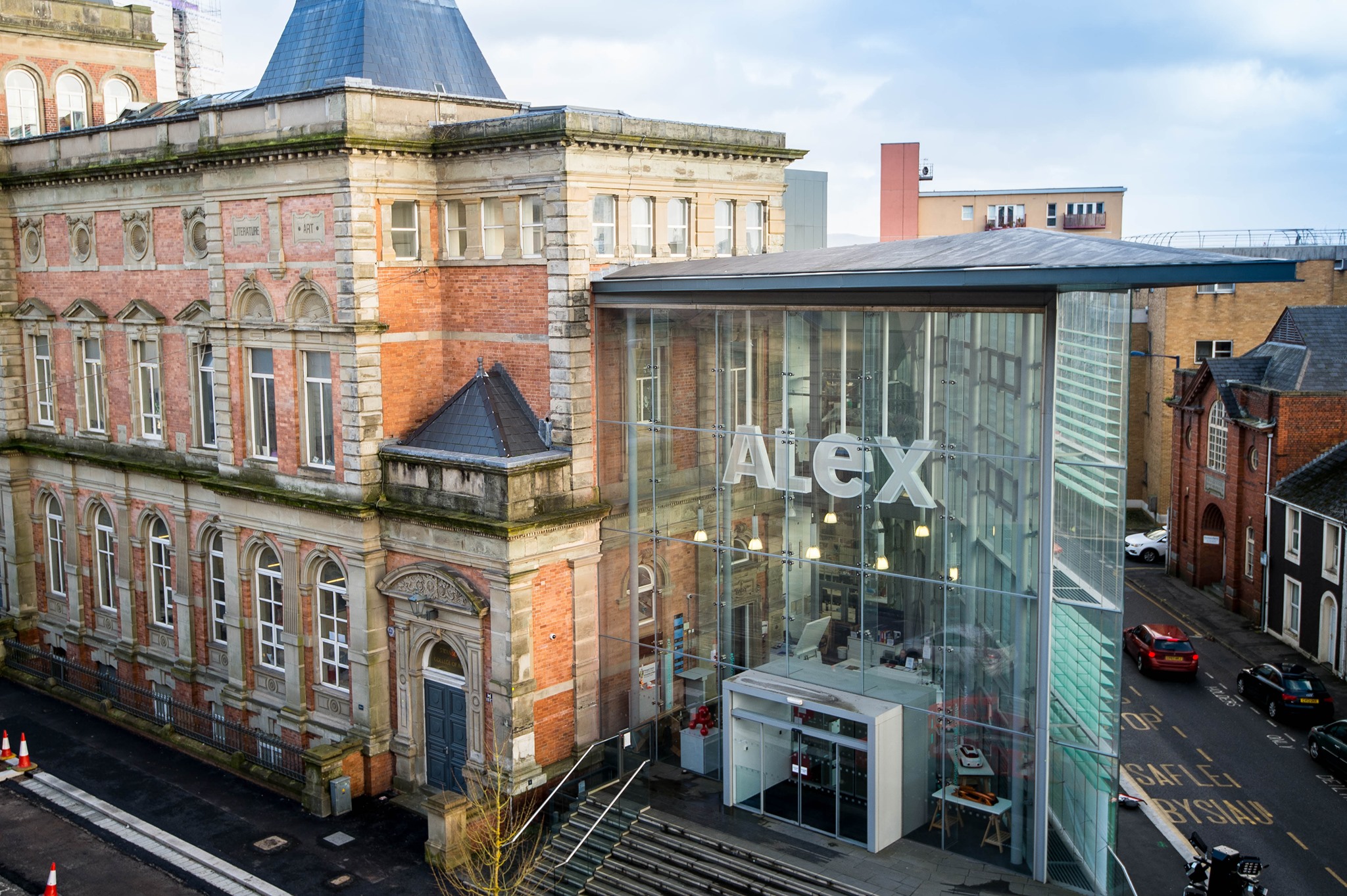 UWTSD’s Swansea College of Art features in the new BBC Wales series – The Story of Welsh Art. The three-part series airs on BBC Two Wales and BBC Four on Mondays at 9pm and all episodes are available on BBC iPlayer.

The series documents the remarkable riches of the art of Wales – as well as the places, people and history that inspired it.

Presented by broadcaster Huw Stephens who recently won a Bafta Cymru award for his documentary exploring the Welsh music scene, The Story Of Welsh Art takes viewers on a breath-taking visual tour of the nation, from stunning bronze-age artefacts to delicate medieval stained glass, from gentry portraits by master painters to folk art, some of the most thrilling and ground-breaking landscape art in the world to award-winning cutting edge contemporary pieces.

The series includes both art made in Wales by homegrown artists as well as art of Wales by world-renowned artists.

The Swansea School of Art features in the series having been the training ground of famous working-class artists such as Evan Walters and Ceri Richards. Evan Walters attended the Swansea School of Art in the 1920s. During his time at the school, he caught the eye of Winifred Coombe Tennant, a major champion of local artists. The Great Depression inspired Walters to some of his most important paintings such as A Welsh Collier, which shows Walters’ friend, William Hopkins representing the plight of all miners suffering in the wake of the General Strike.

Ceri Richards was another working-class product of the Swansea School of Art. Originally trained as an electrician, Richards was transformed after he chanced upon one of the world’s greatest collection of Impressionist paintings – in a private home near Newtown. The collection transfixed Richards and set him on the path to becoming an artist. His studies at the Swansea School of art led Richards to create work that was at the cutting edge of European art.

UWTSD Fine Art graduate Dan Trivedy, Artist, Project Lead for the Arts Council of Wales, and Lecturer at Carmarthen School of Art also features in the series along with his award-winning work, Emergency Blanket. Daniel discusses the inspiration for his work which won the gold medal for fine art in the National Eisteddfod.

He said: “As well as providing me with the necessary material and contextual knowledge of Fine Art, Swansea College of Art helped me to foster a wider creative mindset. I have been able to apply this knowledge and mindset to multiple roles within the arts sector and use it to nurture my own practice as an artist.”

Produced by Wildflame Productions, this three-part landmark production airs on BBC Two Wales and BBC Four and all episodes are available on BBC iPlayer.