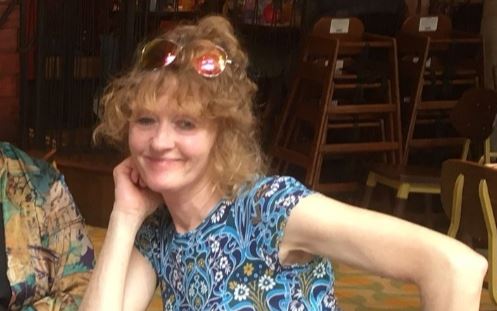 A school nurse who was diagnosed with endometrial cancer after recognising symptoms and seeking medical help is sharing her experience to help others know more about the signs to look out for.

Tracy Warrington, who has worked for Swansea Bay University Health Board for more than twenty years, has since undergone surgery and is hopeful it has proved successful.

The 59-year-old has hailed the treatment she received and is looking to raise awareness of the disease.

Tracy, who lived in Swansea for 20 years but is now based in Ammanford, realised she needed to seek advice due to her medical training.

She said: “I knew the symptoms I was getting were not right. They were tiny symptoms, not very much at all, but I knew from my experience in working in different places, such as family planning, that something wasn’t right.

“I had a colleague I used to work with in family planning and she used to impart bits of information, not just for the patients but also for ourselves. I heard her voice in my head one day, recalling her saying out loud, not just to me, if you ever get any bleeding after menopause do not ignore it.

“So I presented to a practice nurse who took a swab and she said with these symptoms we always refer and I am so grateful that they did.

“I have a healthy lifestyle; I’m not overweight, I exercise, I eat healthily, I only drink small amounts, cancer doesn’t run in my family, so my only real risk factor was my age.

“I had different diagnostic tests and during an ultra-sound they noticed some of the lining of my uterus was quite thick; it is supposed to be around 4mm and parts of it were as thick as 22mm. It’s not much, but it is a big difference.

“I have never really had any problems; I gave birth to my two sons easily enough, and I never had any real issues with the menopause. So it was a real shock to be diagnosed”.

The grandmother-of-one received her diagnosis in January this year – and endured a six-week wait for surgery to remove her uterus, ovaries and cervix.

She said: “The waiting was the hardest. I did some work in the garden to keep me occupied, but the staff were staggeringly good. I stayed in at Singleton Hospital for two nights, but I felt surprisingly well afterwards. For about two weeks I felt a bit sore, but no real pain. It didn’t really affect my day to day living much, I just couldn’t run for a bit and had to walk a bit slower.

“Fortunately I’m reasonably fit and active, I do 5km runs, which I’m sure helped with my recovery. But I was scared beforehand. I’d never had any surgery or been ill before. I had to undergo localised radiotherapy, which is called brachytherapy, and I’m still in touch with my consultant.

“But the biggest thing is negotiating the emotional impact, and that is ongoing. I am so grateful to the way I have been looked after”.

Symptoms of endometrial cancer include postmenopausal bleeding, which is the most common symptom, bleeding between periods or heavier postmenopausal periods, unusual vaginal discharge not caused by menstruation, difficult or painful urination, pelvic pain, and pain during intercourse.

During her recovery Tracy held a fund-raising tea party with friends and colleagues which has so far raised almost £300 for the gynaecology department at Singleton Hospital. But it was one of five locations which has helped her through her journey: Glangwili Hospital in Carmarthen where she received her diagnosis, Velindre Cancer Centre where she underwent radiotherapy, Prince Phillip for an ultrasound, and Neath Port Talbot for a review appointment with the surgeon.

Tracy added: “Everywhere I went I was treated so well and I’m very grateful to everyone who has helped me.

“That includes friends and colleagues who helped with the fundraising. They were so generous with donations and contributions.

“The people I work with have been fantastic. I had a flood of cards and presents and messages, not just friends and colleagues, but people I know contacted me from out of the blue to wish me well.

“But I also want people to be aware of the symptoms of endometrial cancer because they can be recognised and it can be treated”.

Swansea restaurants to take part in Come Dine With Me: The Professionals