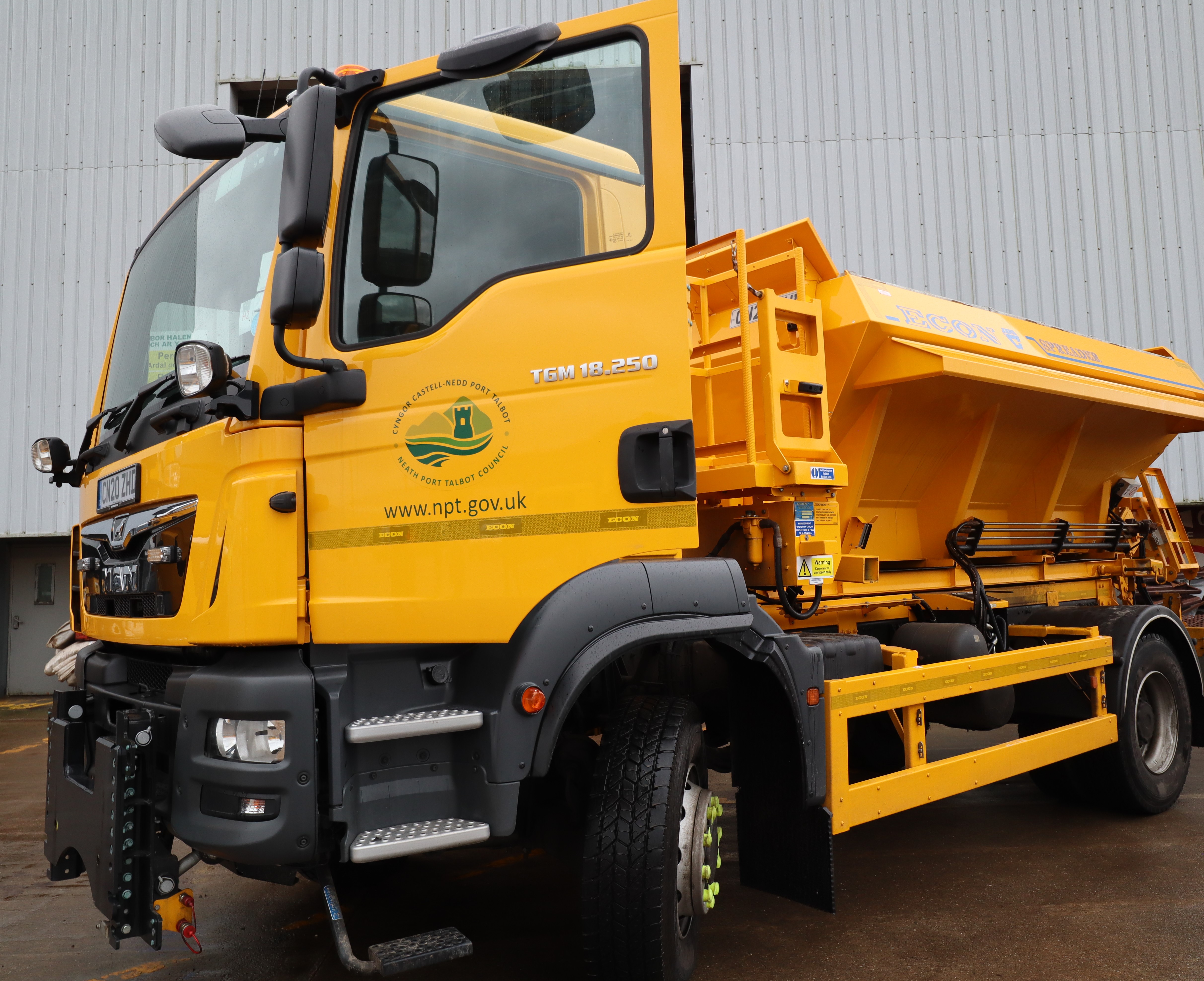 Spreaddie Mercury, Alexander the Grit and Freezy Rider – these are just some of the many weird and witty names people have come up with around the UK for their local gritting lorries.

Now, residents of Neath Port Talbot are being asked to put their thinking caps on to suggest names for their own local gritters which help keep people safe when winter comes howling in with its snow and ice.

There’s no doubt this year’s festive celebrations will look a little different, so to lighten the atmosphere, the winter fleet naming exercise is some light-hearted fun you can get involved in!

The Council are giving people across Neath Port Talbot the opportunity to find names for their county borough’s gritters, which, with their hard working crews, will be out and about across the area in all weathers this winter.

The name needs to be timeless as it will be on the gritter for some time, but apart from that it’s up to your imagination…. just keep it clean!

Neath Port Talbot Council’s Deputy Leader and Cabinet Member for Streetscene and Engineering, Cllr Ted Latham, said: “During the period that runs from mid-October through to April there’s a possibility Neath Port Talbot’s highway and footway network could be affected by cold, wintery conditions with hazards including hoar frost, ice, hail, snow and freezing rain.

“Neath Port Talbot Council has five gritting lorries which help carry out its Winter Service Operational Plan. This sets out the priorities for treatment as well as the Council’s plan for carrying out the salting and snow clearing operations according to the conditions.

“It’s a very serious business but as we head into winter – and get closer to Christmas – we thought we’d let everyone put their heads together and have some fun coming up with some appropriate names for our fleet.

“It’s a way of building on the great community spirit we have in Neath Port Talbot.”

You can submit your entries online here. The closing date is December 6th at midnight. A panel will pick the winning names.