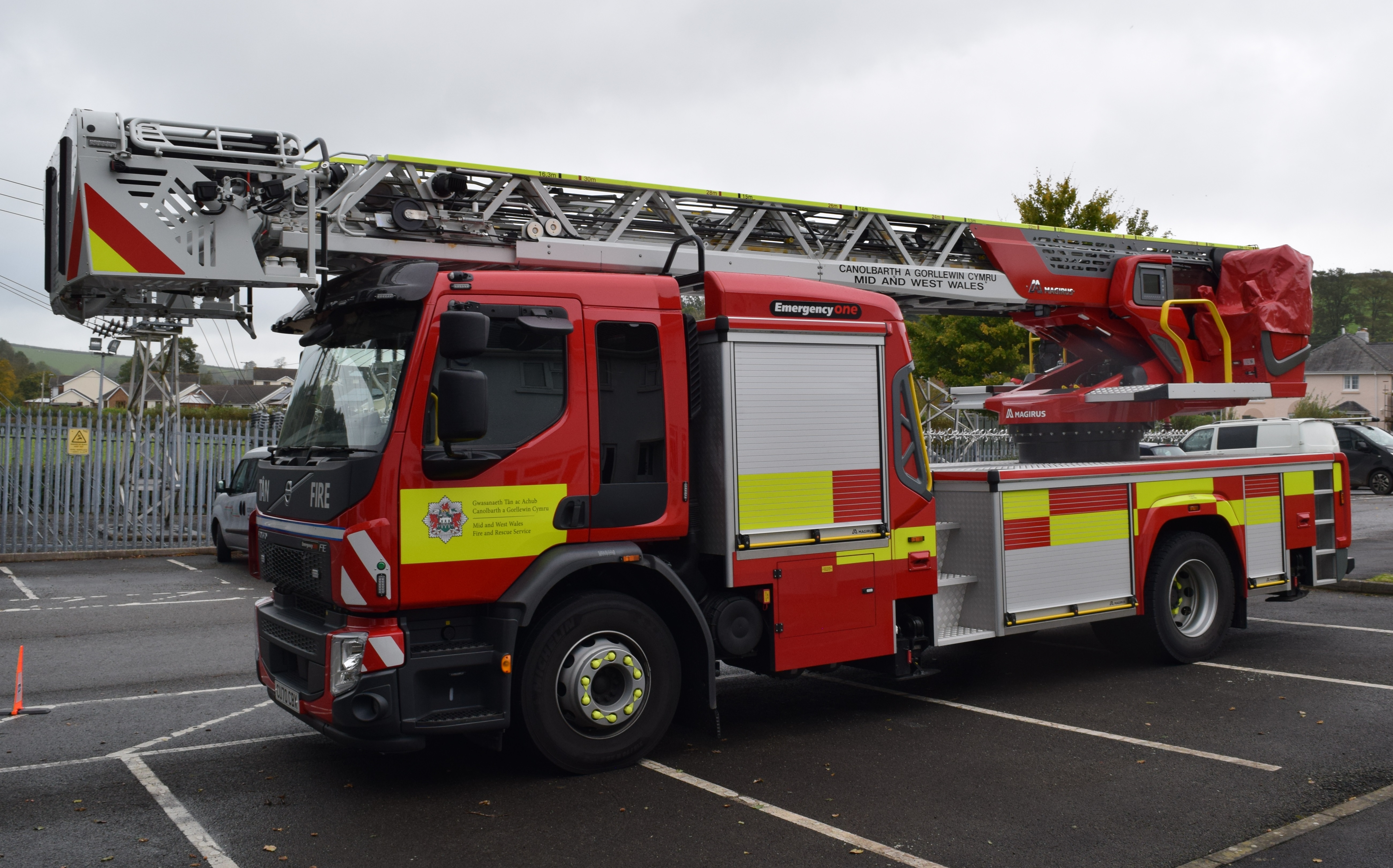 Group Manager Ricky Woodhead said “We’re delighted to bring in these state-of-the-art appliances into our fleet of operational vehicles.

“During 2020, Mid and West Wales Fire and Rescue Service undertook a project to replace the two aerial rescue platforms, that were based at Swansea West and Haverfordwest, and one Turntable Ladder, that was stationed at Aberystwyth, with three brand new turntable ladders.

“As part of the project, and following careful consideration and extensive consultation, the new Turntable Ladder that is allocated to our Swansea Command Area has been relocated to Morriston Fire Station.

“The replacement and upgrade of our aerial rescue provision is an essential step for MAWWFRS to become a world leader in emergency response and to better protect the communities of mid and west Wales.”

On Friday, 8th January 2021, at approximately 01:00pm, a fire call was received by the Joint Fire Control Room for a business property at Sketty Lane, Swansea.

The Morriston based Turntable Ladder, along with three appliances from Morriston, Swansea West and Port Talbot were mobilised to the incident.

On attendance of the first appliance, it was discovered that an electrical generator in a plant room was well alight and that the fire had started to travel through the ventilation ducting system.

“All appliances that attended were required to deal with the incident and the new Turntable Ladder, that has only recently come into service, was used at the incident for inspection purposes, using its onboard thermal imaging capabilities.

“This incident emphasises the need for businesses to maintain and review their fire-safety measures on a regular basis even when buildings are not being used under present restrictions.”