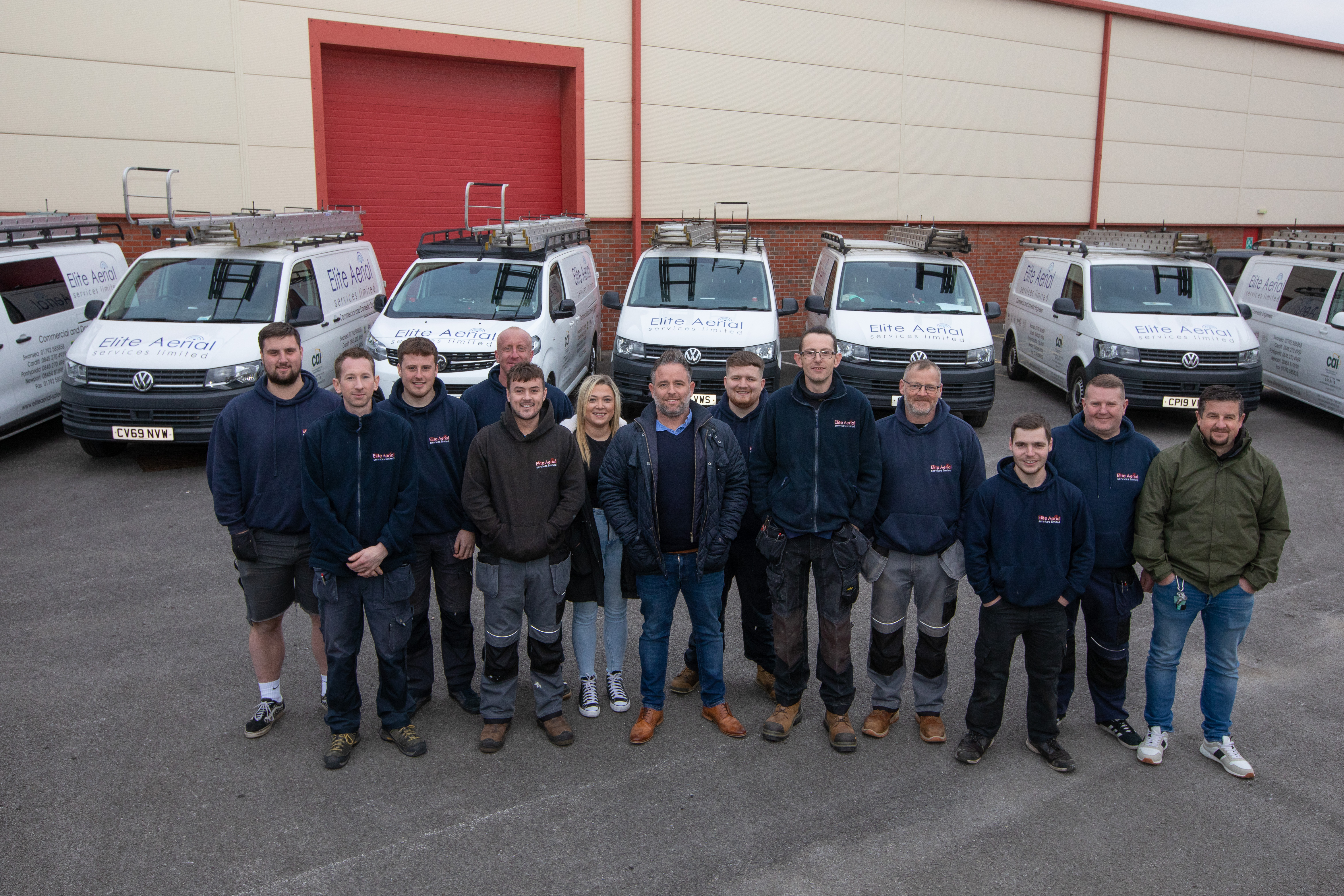 One of Swansea’s most recognised businesses has new owners thanks to an acquisition deal that sees the future of Elite Aerials secured for many years to come.

Founded by Alan Polverino in 1977, Elite Aerials have been involved in TV Aerials, Satellite Dishes, Fibre and more for over 45 years and recently held a Saphirre celebration at the Swansea.com Stadium.

“I have been managing director of Elite Aerial Services Ltd for 45 years,” reflected Alan, “and over that time, we’ve installed everything from simple aerial rigging to the design and installation of today’s complex electronic distribution systems, however, the time has come for me to retire and I am delighted that the job security of the team and the future of the company is in the safe hands of Ross Adams.”

Ross, who is also Managing Director of Plexus Fire & Security, has an in-depth knowledge of the industry and has had a working relationship with Alan for a number of years, so when the opportunity to buy the company came up, he jumped at the chance.

“I’ve known the business for a long time, so when Alan indicated he was looking to retire, we began discussing the options available and both agreed that buying the company was the best way forward.”

With both businessmen keen on a smooth transition, it was agreed that Alan would continue to be involved for the next 12 months and that the company would continue to operate from its Fforestfach base in Llys Cae Felin.

“Elite Aerials will continue to offer the range of products and services they have become known for, and we will look to grow the business over the coming years and build on the solid foundations laid by Alan and his team”, said Ross.

With a customer base that includes both residential and commercial customers, as well as designing and installing communal TV systems for social housing, the future is bright for the Swansea company.

“I’ve seen many changes over the last 50 years working in the industry,” said Alan, “and it’s hard to believe in today’s hundred-plus channel culture that there were once only three channels to choose from with a separate aerial for each, but I am delighted that Ross will be taking the business on to the next chapter in its journey.”

Swansea named one of the most curious cities about Christmas

Hundreds at event to bring Christmas cheer to those in need